Vivo Z5 will be equipped with an in-display fingerprint sensor.

It was reported recently that Vivo Z5 is expected to launch in China on July 31. Now it has been officially confirmed by the company that Vivo Z5 smartphone will be launched on 31st July in China.

The company has now shared a poster on their Chinese microblogging website, Weibo handle announcing the smartphone’s launch. The poster confirms that Vivo Z5 will feature triple rear camera sensors as well as features for heat dissipation for improved performance. However, none of the smartphone’s specifications have been revealed by the company.

Meanwhile, Vivo China’s product manager Wu Fan has also shared official renders of the Vivo Z5 smartphone. As per the renders, the smartphone will come in Black with green acccents and gradient colors like Purple and White. The rear of the phone shows a triple camera setup and an LED flash at its top-left corner, however, there is no fingerprint scanner at the back. The smartphone will be equipped with an in-screen fingerprint reader. 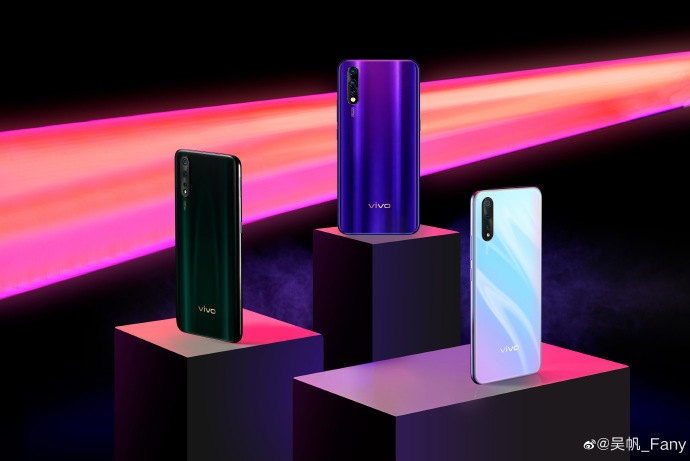 The front shows a waterdrop-style notch display which houses a selfie camera with a tall aspect ratio while the chin appears slightly thick. The right side of the phone features a volume rocker and a power button. 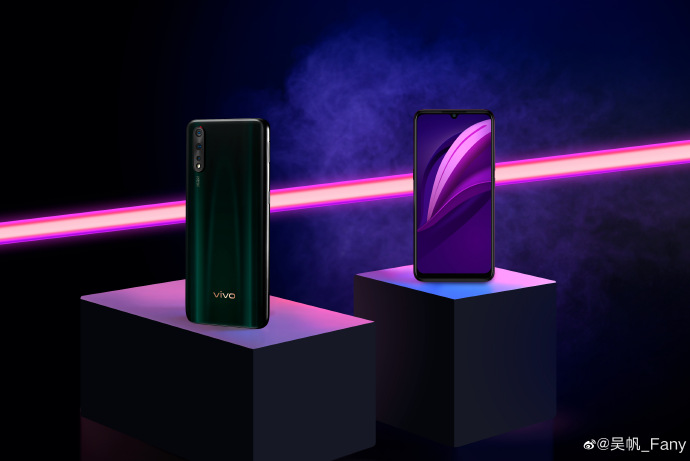 It is speculated thatVivo V1921A which recently surfaced online via TENAA listing could be the upcoming Vivo Z5. The Vivo phone features a 6.36-inch full HD+ AMOLED display that produces full HD+ resolution of 1080 x 2340 pixels. The phone will be powered by a 2.3 GHz octa-core processor with 6GB/8GB of RAM with 64GB, 128GB, and 256GB internal storage. There is no support for external storage on the device.

The phone will be equipped with an in-display fingerprint sensor. It will feature a triple rear camera setup with a combination of a 48-megapixel + 8-megapixel + 2-megapixel sensors. For the front, it will have a front-facing camera of the 32MP sensor.