Vivo Z1 Pro will be Flipkart exclusive, will have triple rear camera setup 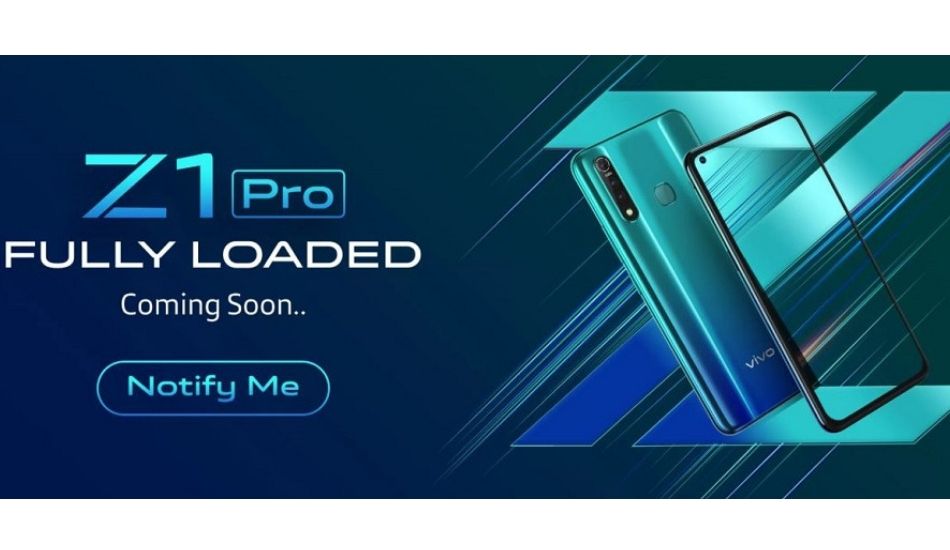 Yesterday, we have reported that that the Vivo will be launching its Z-series smartphone, called as Vivo Z1 Pro in India soon. Now the company has announced that the Vivo Z1 Pro smartphone will be Flipkart exclusive to start with and will also be available at offline stores going forward. The company also revealed that the smartphone will come equipped with the Qualcomm Snapdragon 7 series processor, big battery, AI triple rear camera setup and an in-display selfie camera.

Meanwhile, the Vivo Z1 Pro’s product page is also live on the Flipkart with the ‘Notify Me’ option. The micro website page of Vivo Z1 Pro has the product image and the same details the company has shared with media through a press release.

Looking at the few details provided by the company, we believe that the Vivo Z1 pro will most likely be the rebranded version of the Vivo Z5x smartphone, which was launched in China recently. In case of processor, the company revealed that the Z1 Pro will be powered by Qualcomm Snapdragon 7 series and Vivo Z5x is also comes equipped with Vivo Z5x Qualcomm Snapdragon 7 series, which is Snapdragon 710 SOC. The upcoming Z1 Pro will have a big battery and Vivo Z5 has a big battery capacity of 5000mAh. Then comes the camera aspects, the Vivo Z1 pro will have AI triple rear camera setup and Z5x has a triple rear camera setup with 16-megapixel as a primary sensor with f/1.78 aperture, 8-megapixel wide-angle lens with f/2.2 aperture and a 2-megapixel depth sensor with f/2.4 aperture. Further, the upcoming Z1 pro will have an in display selfie camera and Z5x also has in-display selfie camera (16-megapixels with f/2.0 aperture).

Moreover, as per the product image posted on the Flipkart website, the Z1 pro will have punch hole design and rear mounted fingerprint sensor. Same as Vivo Z5x. So looking at all these aspects, we are more or less sure that the company will be launching the Vivo Z1 Pro as the rebranded version of Vivo Z5x smartphone.