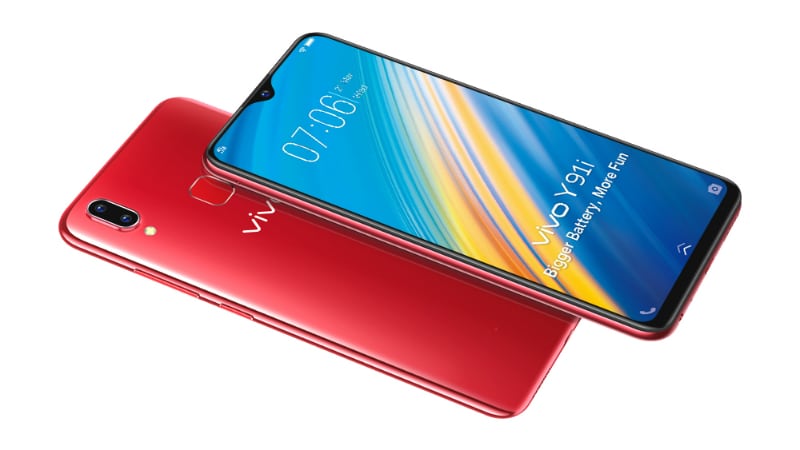 Vivo has launched a new smartphone in India under its Y series – Vivo Y91i. The phone has been launched in two variants – 2GB RAM+16GB storage variant is priced at Rs 7,990 while the 2GB RAM+32GB storage variant will cost you Rs 8,490. It comes in Sunset Red, Fusion Black, and Ocean Blue colour variants.

Talking about its specifications, the Vivo Y91i features a 6.22-inch HD+ Halo FullView display with a resolution of 720 x 1520 pixels. It is powered by the octa-core MediaTek Helio P22 SoC, coupled with 2GB of RAM. The storage can be expanded to 256GB via microSD card. The phone lacks a fingerprint sensor but comes with face unlock feature as security options.

The smartphone has a 13-megapixel and 2-megapixel dual rear camera setup with f/2.2 and f/2.4 aperture lens respectively. On the front, it sports an 8-megapixel sensor with f/1.8 aperture.