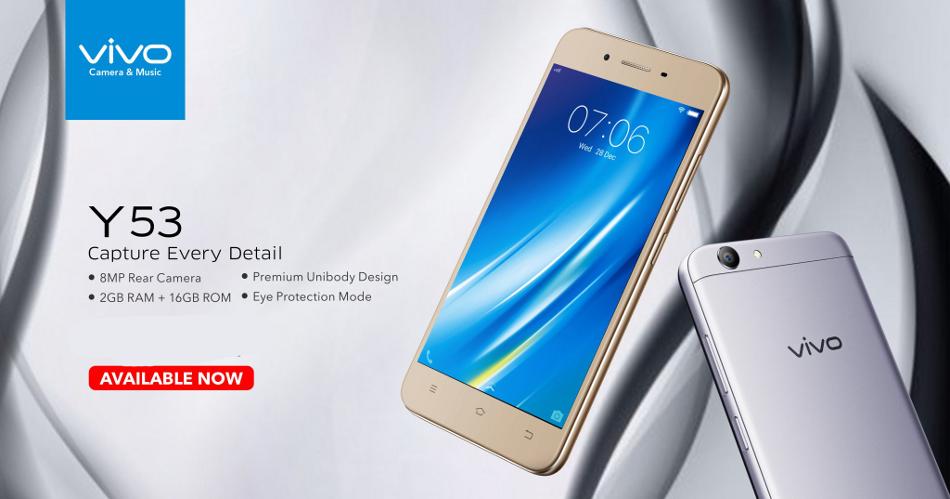 Vivo has launched its new smartphone in Malaysia, which is dubbed as Vivo Y53. The smartphone is priced at RM 699, which is approximately Rs 10,495 and comes in Crown Gold & Space Gray colour options.

The Vivo Y53 features a 5-inch qHD display with a resolution of 960 x 540 pixels and is powered by a 1.4GHz Quad-core Qualcomm Snapdragon 425 processor. It comes with 2GB of RAM and 16GB of internal storage, which can be further expandable up to 256GB via microSD card. The smartphone runs on Android 6.0 Marshmallow which is wrapped under Funtouch OS 3.0.

Moreover, as per network bands mentioned on the official listing, the smartphone is also expected to be launched in countries like Vietnam, Thailand, Indonesia, Philippines and India as well.