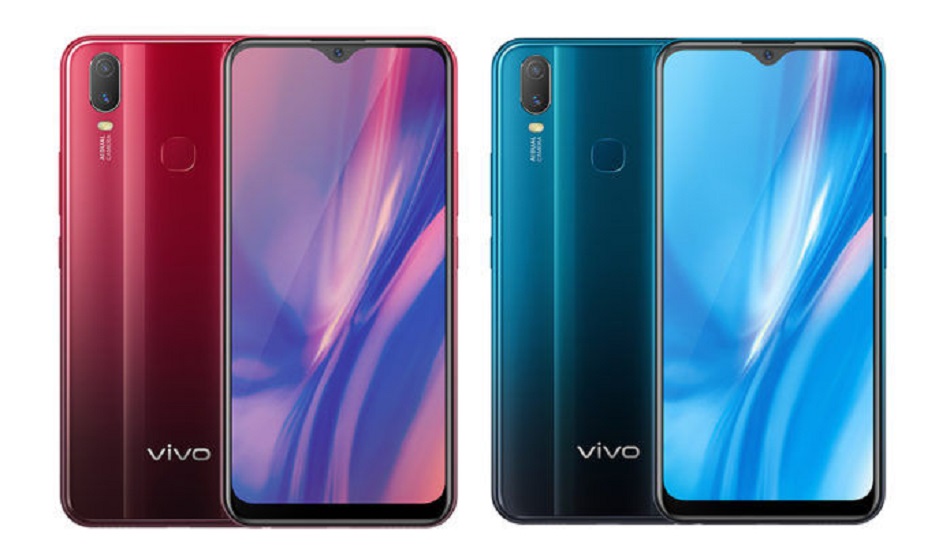 The New Vivo Y11 has a dual rear camera setup with 13-megapixels as the primary camera and a 2-megapixel depth sensor. On the front, it employs an 8-megapixel selfie camera.

Vivo has launched a new version of Vivo Y11 in Vietnam and also announced another Y-series smartphone, named as Vivo Y19. The original Vivo Y11 that was launched way back in 2015 and this refreshed version comes with new specifications. The new Vivo Y11 is priced at VND 2,990,000 (approximately Rs 9,187.70) and the sale will kickstart from 22nd October onwards. As of now, there is no word on availability and pricing of Vivo Y19 smartphone.

On the camera front, it has a dual rear camera setup with 13-megapixel as the primary camera and a 2-megapixel depth sensor. On the front, Vivo Y19 employs an 8-megapixel selfie camera. The phone runs on Android Pie, which is based on FunTouch OS 9.1 UI and comes packed with 5000mAh battery with 10W fast charging support. The phone also comes with a rear-mounted fingerprint scanner and offers all standard connectivity options like VoLTE, Dual SIM slot, WiFi, Bluetooth 5.0, GPS with A-GPS, MicroUSB port etc.

As far as Vivo Y19 is concerned, the company as of now revealed only a few specifications of this smartphone. The Vivo Y18 will have a 6.53-inch FHD+ display with a notch design and will come with6GB of RAM with 128GB of internal storage. Further, the upcoming Vivo Y19 smartphone will carry a triple rear camera setup and will get its juices from a 5000mAh battery with 18w fast charge support.