10 GB RAM? That’s what the Vivo Xplay7 might feature

The device will boast a bezel-less design with a 92.9 percent screen-to-body ratio. 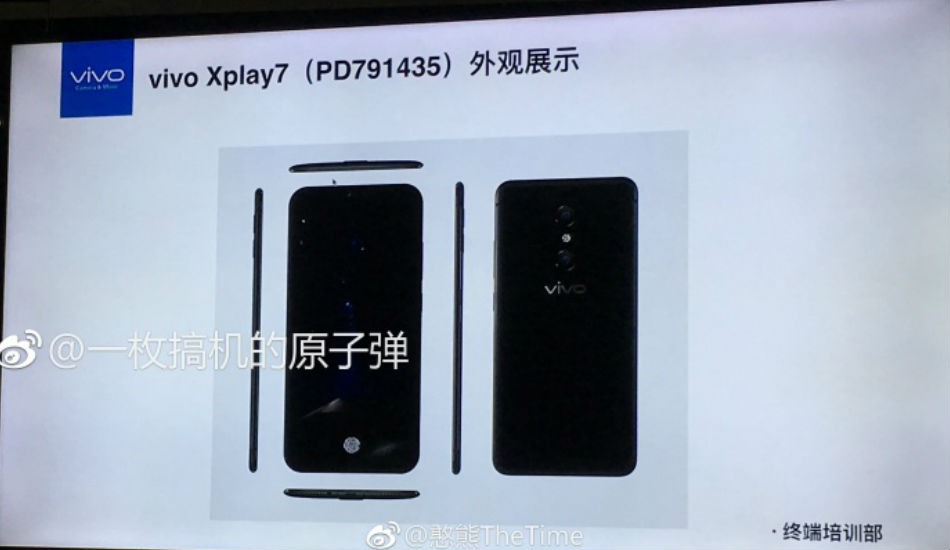 A couple of leaks on Chinese micro-blogging site Weibo shows the smartphone along with a leaked PPT revealing some key specifications of the smartphone. Starting with the image first, the device will boast a bezel-less design with a 92.9 percent screen-to-body ratio. This would surely give a stiff competition to the likes of Apple iPhone X, Samsung Galaxy Note 8 and more. The smartphone will also feature in-display fingerprint sensor at the bottom, while at the top there is a dual front-facing camera. The back panel also features dual cameras which are aligned vertically. The right houses volume controls and power on/off button. 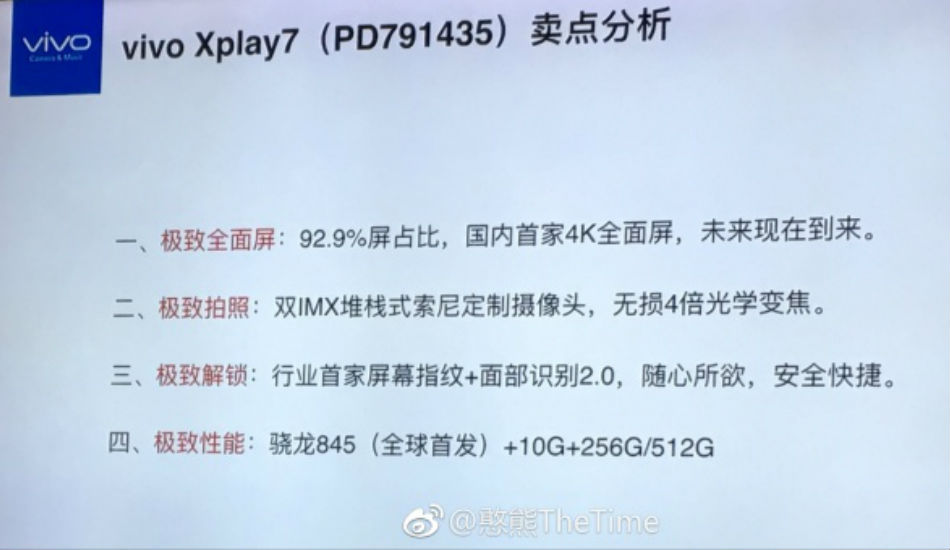 Coming to the leaked specifications, the smartphone will feature a 4K OLED display which might come with an aspect ratio of 18:9. The phone will be powered by the latest Qualcomm Snapdragon 845 chipset and it will be available in 256GB and 512GB of storage variants. Interestingly, if the leaks are anything to go by then this will be the first smartphone to feature a massive 10GB of RAM. This could be a massive jump in the smartphone industry as only a handful of devices present in the market have managed 8GB so far. 6 GB being the new standard for premium phones. The list includes OnePlus 5T, OnePlus 5, Asus Zenfone AR, Xiaomi Mi Mix 2 and more.

Moving on, the leaked PPT reveals that the smartphone will feature dual IMX Sony sensors and it offers 4X lossless optical zoom. On the security front, it will feature an in-display fingerprint sensor, which was recently launched in Vivo X20 Plus UD and it will come loaded with Face Unlock 2.0. However, there is no way to authentic this information, so we would certainly not advise you to wait for this phone to launch before you pick your next handset. Not yet at least.