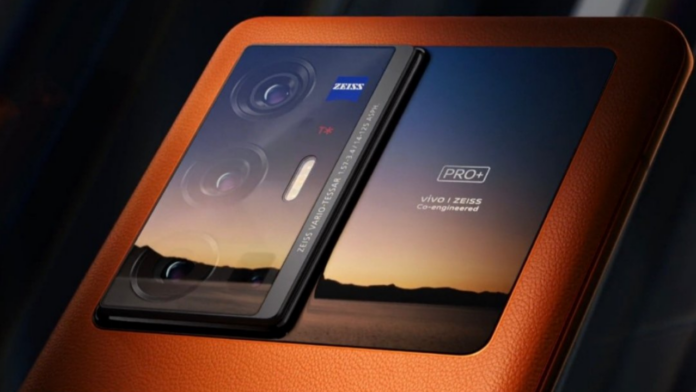 Vivo announced the launch date in China on Weibo. The Vivo X70 series launch will take place at 7:30pm CST Asia (5pm IST) on September 9. The design of the X70 Pro+ shared by the company shows that there’s an empty portion alongside the Zeiss optics powered quad cameras.

Coming to the specifications, the X70 Pro could have a 6.56-inch AMOLED display, similar to the X60 Pro. Further, the screen will have a resolution of 1080 x 2376 pixels and a 440ppi pixel density.

Moreover, the device will be powered by the MediaTek Dimensity 1200 SoC.Additionally, it will be equipped with 8GB of RAM with Android 11 OS. It should be based on FunTouchOS 11.1. Furthermore, there should be more RAM options available at the time of launch.

The Google Play Console listing reveals that the Vivo X70 Pro+ supports a Full HD+ resolution of 1080 x 2400 pixels. However, the exact screen size is not revealed. The Qualcomm Snapdragon 888 series chipset powers the phone. But it is not known if it will be Snapdragon 888 or the newly launched Snapdragon 888 Plus 5G SoC.