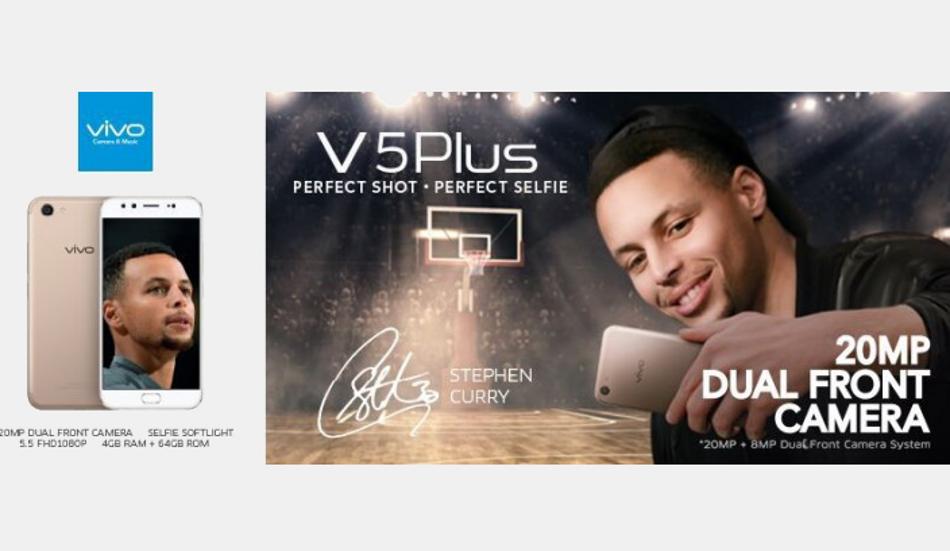 The smartphone will be launching in India on January 23rd and will add on the Vivo V5 which was launched in November 2016.

As reported earlier, Vivo is all set to launch its Vivo V5 Plus smartphone boasting a dual selfie camera setup in India on January 23rd. Interestingly, before the official curtain-raiser event, some key specifications of smartphone has been surfaced online.

If recent leaks are to be believed, the Vivo V5 Plus will sport a dual front camera setup with a combination of 20-megapixel and 8-megapixel sensor along with Moonlight Glow flash. A 20-megapixel shooter with Sony IMX376 sensor and f/2.0 aperture will also feature on the rear panel. Further as per leak, the Vivo V5 Plus will feature a 5.5 inch full HD display with resolution of 1080 x 1920 pixels and will have 4GB of RAM with 32 GB of internal storage.

As per the report from ‘androidpure’, the smartphone is said to be powered by a 1.8GHz octa-core Qualcomm Snapdragon 652 processor. It will runs on Android 6.0 Marshmallow operating system wrapped under Funtouch OS and will get its juices from a 3300mAh battery with Quick Charge support.