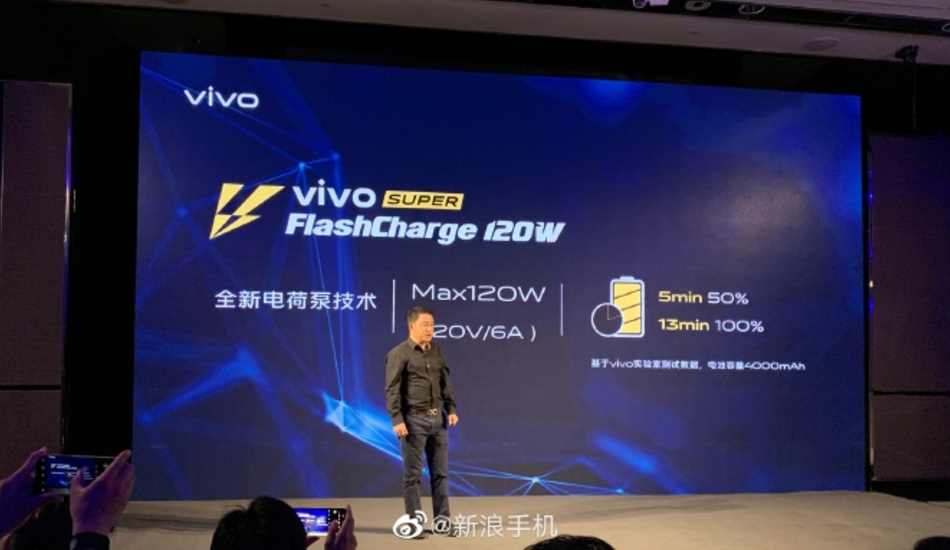 After teasing it last week, Vivo has unveiled the new 120W fast charging technology during its keynote event at the MWC 2019 Shanghai. As the name suggests, Vivo’s Super FlashCharge 120W tech will be able to charge a phone at 120 watts rated at 6A and 20 volts.

This will be a significant upgrade over the 44W charging technology which was present on the Vivo iQOO smartphone. Vivo says that in order to achieve a 120-watt output, it had to employ a Micro Controller Unit instead of a voltage reduction circuit inside the charger to prevent overloading.

The 120W Super FlashCharge also makes use of a Battery Management System which balances the charging capacity of the adapter to offer better longevity. The company has also added a dual-channel IC to offer optimal power management.

Vivo’s Super FlashCharge will also be faster than the 100W Super Charge Turbo fast charging technology that was demonstrated by Xiaomi earlier this year. At the time, Xiaomi claimed that its Super Charge tech will be able to charge a phone from 0 to 100 percent in just 17 minutes.

Besides the 120W Super FlashCharge technology, Vivo also revealed details about its first 5G commercial smartphone which will be the Vivo iQOO 5G. The phone will come with an external Snapdragon X50 modem which will accompany the Snapdragon 855 chipset. 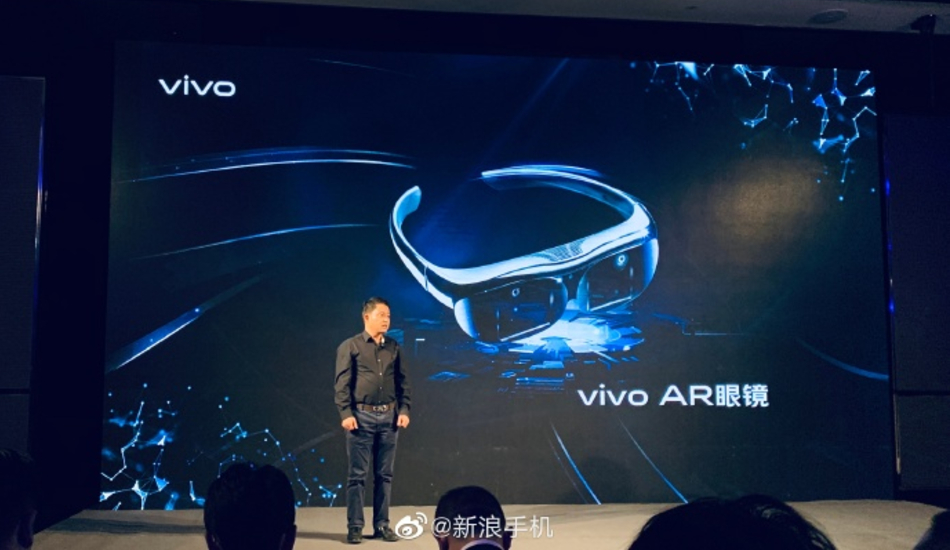 Vivo has also announced the Vivo AR Glasses with Jovi digital assistant at the MWC Shanghai 2019, offering 6 degrees of freedom and two 720p screens for both eyes. The AR Glasses come with three cameras – an RGB sensor and two depth sensors; and the device will connect to a smartphone using a USB-C cable. The Vivo AR Glasses can be used to play AR games, watch 3D content and used for professional developments.