Vivo U10 vs Realme 5: Budget phones packing a punch

Will the new Vivo U10 will be able to beat the Realme 5 in the current budget segment?

For around the same price, Realme started selling the Realme 5 recently with a quad-camera setup and mid-range hardware. Will the new Vivo U10 will be able to beat the Realme 5 in the current budget segment?

The Vivo U10 is available in Electric Blue and Thunder Black colours. The Electric Blue that we received has a plastic back that comes with a glossy finish. In terms of I/O, the device features a 3.5 mm headphone jack, micro USB, a fingerprint scanner and a Dual SIM + microSD card slot. The phone gives a solid in-hand feel and has round-edges for comfort. 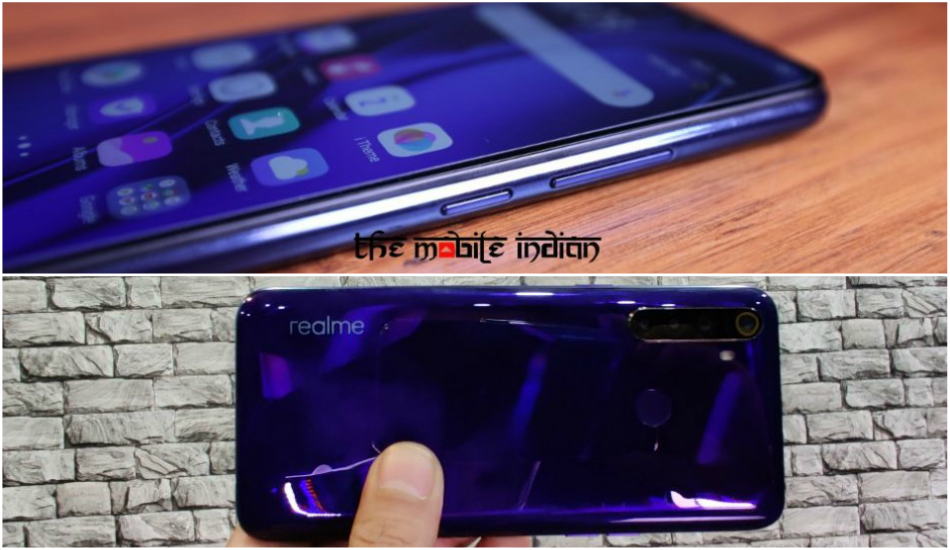 Realme 5 features a glossy polycarbonate back panel and is available in Crystal Blue and Crystal Purple, the latter of which we received for review. The design at the back features the Diamond-cut finish, which premiered with the launch of the first Realme phone and in the Crystal Purple model, the pattern shows two shades of purple at different angles. The only downside is that since the phone is big, it makes single-handed usage uncomfortable because it’s hard to reach the top corners of the display.

The Realme 5 comes with a 6.5-inch HD+ display with a screen resolution of 720 x 1600 pixels with 89 percent screen ratio and Corning Gorilla Glass 3+ protection. In our testing, the display offers good brightness and saturation, though usability under bright sunlight could still be an issue. However, the phone offers a larger display to enjoy content and games. 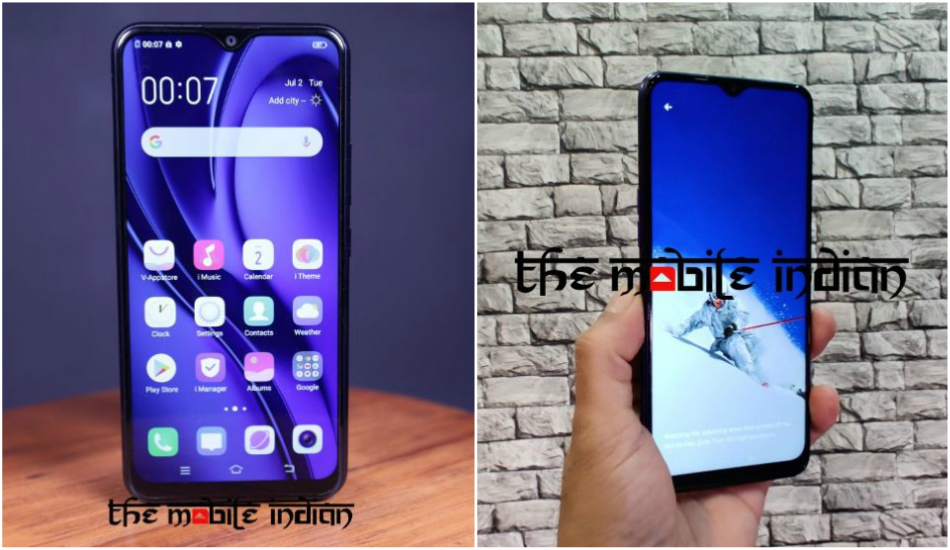 Vivo U10 features a 6.35-inch HD+ display with a screen resolution of 1544 x 720 pixels and 89 percent screen-to-body-ratio. The screen offers good viewing angles and offers good brightness for outdoor usage.

The Realme 5 offers a larger display which is always a plus point. The larger display doesn’t make it heavy as the device weighs 198 grams, just 7.5 grams more than the Vivo U10. The Realme device also offers added protection on the front with Gorilla Glass 3+ to prevent the screen from breaking when dropped.

While the Vivo U10 is a new product, we can expect similar performance on the device as on the Realme 5.

In our testing on the Realme 5, the phone delivered a decent performance in day to day experience with smooth multitasking. The device, when used for playing casual games like Subway Surfer and Candy Crush, performed with ease and no heating. High-end titles like PUBG will be a great challenge to the phone but could run on the phone in the lowest graphic setting.

In our review period, the smartphone takes decent photos in daylight condition but struggles under low-light as you’d expect on a Rs 10,000 smartphone. As for selfies, Vivo is offering a 16MP camera on the front which captures good details in our initial time with the device. 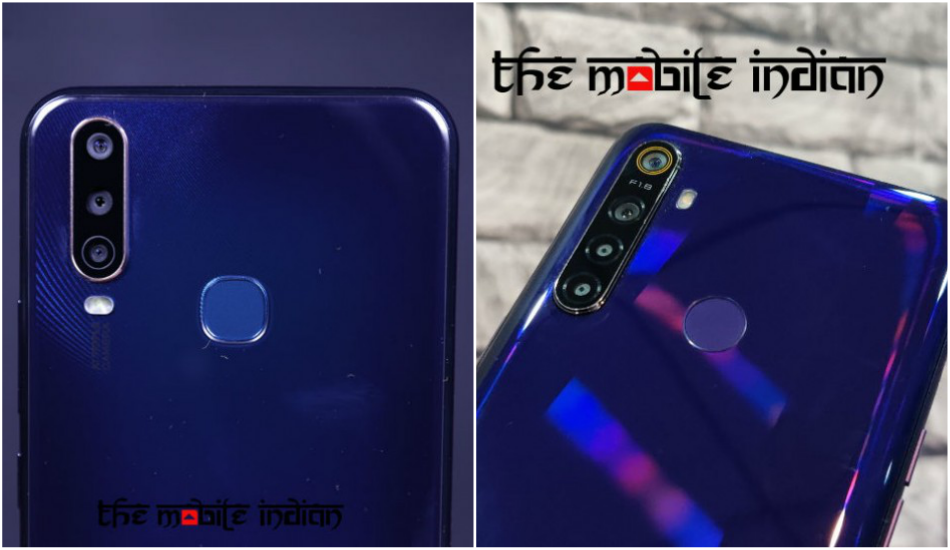 Realme 5 does one over the Vivo U10 by offering an extra macro lens at the back. The whole camera setup is configured as 12MP rear camera with Sony IMX386 sensor, f/1.8 aperture, PDAF, LED flash, EIS; an 8MP 118-degree ultra-wide-angle lens with 1.12micron pixel size, f/2.25 aperture; 2MP macro sensor with f/2.4 aperture; and 2MP depth sensor with 1.75micron pixel size and f/2.4 aperture.

When testing the camera, the Realme 5 clicked satisfactory photos in daylight with detailed 120-degree wide-angle pictures and decent colour reproduction. Portrait shots with the help of the depth sensor offer accurate edge detection. While the Macro lens couldn’t offer easy focus and pictures came out a little grainy, the presence of an extra lens is indeed useful. For selfies, there’s a 13MP camera on the front which takes good pictures from our testing.

While the camera configuration maybe triple and quad on the two phones, both devices click the same kind of pictures. The Realme 5 edges out with a slight margin with an extra macro lens, though in day-to-day photography there won’t be any differences.

Realme 5 runs Color OS 6.0 based on Android 9 Pie. When reviewing it, we experienced that the device offers an app drawer, opens apps quickly and swiping through the interface is smooth. However, there is a ton of bloatware on the phone including apps like UC Browser, Amazon Shopping, Paytm and Opera News. Fortunately, all these apps can be uninstalled. However, the company’s own apps like music, video, phone manager, game space, game centre and more can not be deleted. 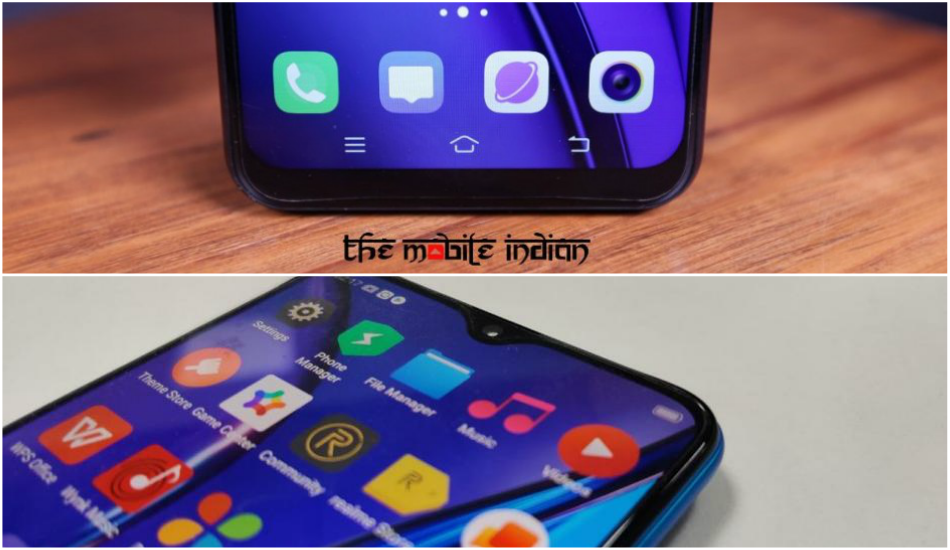 The Vivo U10 runs on Android 9.0 Pie based on FunTouch OS 9.1. In our initial testing, the device offers smooth usage with no lags. The Vivo device also offers a few pre-installed apps including WPS Office Amazon Shopping, Paytm, Helo, Gaana and Opera Browser.

One advantage Realme 5 has over its counterpart is a promised update to Android 10 which has been scheduled to roll out in Q2 2020.

Both Vivo U10 and Realme 5 smartphones are fuelled by 5,000mAh battery units. With such a size, both devices can be expected to last to up to two days on a single charge.

It’s however, the Vivo V10 which outdoes its competitor as it is bundled with an 18W dual-engine fast charger. The Realme 5, on the other hand, only comes with a standard 10W charger which charged the phone from zero to 100 percent in around three hours, in our testing.

Vivo U10 is the company’s latest budget offering for in and around Rs 10,000. The smartphone offers a glossy body albeit in polycarbonate material, moderate performance through a Snapdragon 665, a bright display and triple cameras for photography. While all of this would have packed an attractive deal earlier this year, it’s still not as convincing as that of the Realme 5 which has a quad-camera setup and Android 10 promise to back itself up.

Vivo U10 with 5000mah battery and triple rear cameras launched in India at a starting price of Rs 8,990