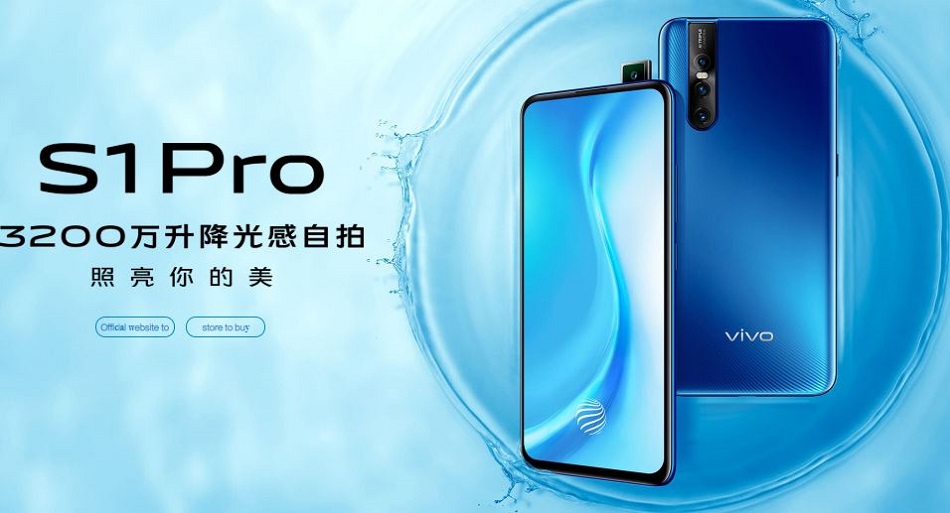 The sale will began on May 9th and comes in Love Blue and Coral Red color options.

To our surprise, both the variants have the same pricing, which is Yuan 2698 (approx Rs27,782). Interested customers can reserve the smartphone on Vivo China website and sale will begin at 10:00 AM on May 9th. The phone comes in Love Blue and Coral Red colour options.

The USP of Vivo S1 Pro is its camera setup. For the front, there is a 32-megapixel selfie shooter and it features a pop-up selfie mechanism that lifts up in 0.68s. The company claims that the pop-up selfie camera can withstand strong pulling and twisting. On the rear, it has an AI triple camera modules with the combination of a 48MP primary sensor with F/1.78, an 8MP secondary sensor with F/2.2 and a 5MP depth sensor with F/2.4. For shooting at night shoot at night, S1 Pro uses a “pixel four-in-one” technology to combine four adjacent pixels into a large 1.6μm pixel which helps in improving the quality of night shots. The camera features include Panorama, beauty, photo, video, and AR shoot.

The Vivo S1 Pro features a 6.39 inches Super AMOLED (2340×1080 pixels) display with an aspect ratio of 19.5.9 and comes equipped with octa-core Qualcomm snapdragon 675AIE SoC. It is loaded with an option to expand the storage up to 256GB Via MicroSD card and has an in-display fifth generation photoelectric fingerprint sensor.

The phone runs on Funtouch OS 9 based on Android 9 Pie and it is backed up by a 3700mAh non-removable battery. Connectivity options include Dual SIM with dual standby, WiFi, VoLTE, GPS, A-GPS with GLONASS, and a MicroUSB port2.0. It also houses a dedicated button for Jovi personal assistant on the left side of the S1 Pro. The phone measures 157.25 x 74.71 x 8.21mm and weighs 185 grams.