Vivo Pad will be launched in China first. It will be equipped with an 8040 mAh battery and 44W fast charging support. 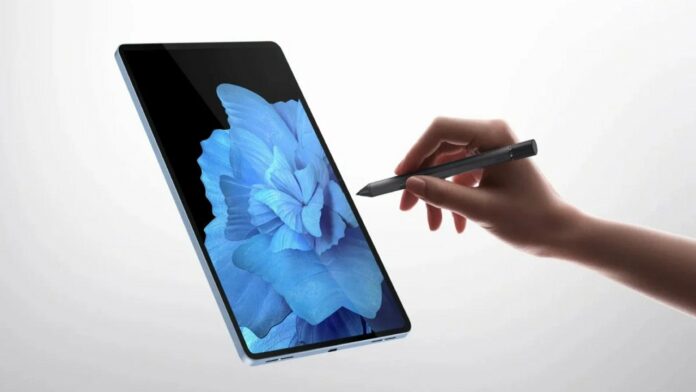 Vivo will be soon launching Vivo Pad as its first-ever Android tablet. Now ahead of the launch, the detailed specifications of the upcoming Vivo Pad tablet have surfaced online.

As per the leak by tipster Abhishek Yadav, the Vivo Pad will come with a 2.5K display with Dolby Vision support. However, it is yet to be determined whether the company will use an AMOLED or an LCD display for its tablet. Additionally, the tablet will come with a metal body and will pack a Snapdragon 870 SoC with 8GB RAM.

Further, the Vivo Pad will reportedly run OriginOS based on Android 11. For optics, the leak says that the tablet will come with a dual-camera and a quad-speaker setup.

The rear camera setup will be headlined by a 13MP camera along with an 8MP secondary lens. The front of the device will be equipped with an 8MP camera.

In addition, the Vivo tablet will be equipped with an 8040 mAh battery and 44W fast charging support. It will also support Vivo Pencil. The earlier rumours suggest that the tablet will not have a side-mounted fingerprint scanner. So we can expect that the device could feature an AI face unlock for security.

The tablet will have a quad-speaker setup. Lastly, there will be two speakers each on either side of the USB Type-C port.

Meanwhile, in a related story, Vivo Y33T Starry Gold colour variant was recently launched in India. The phone was launched in India in January this year in Midday Dream and Mirror Black colours.

The new colour variant of the Vivo Y33T is priced at Rs 18,990 for the single 8GB RAM + 128GB storage variant. It is now available for purchase via Amazon, Flipkart, Vivo India E-Store, Paytm, Tata, Bajaj Finserv EMI Store, and across major offline retailers.