Vivo has filed two patents with CNIPA for devices that appear to be budget phones under the brand's Zen series. 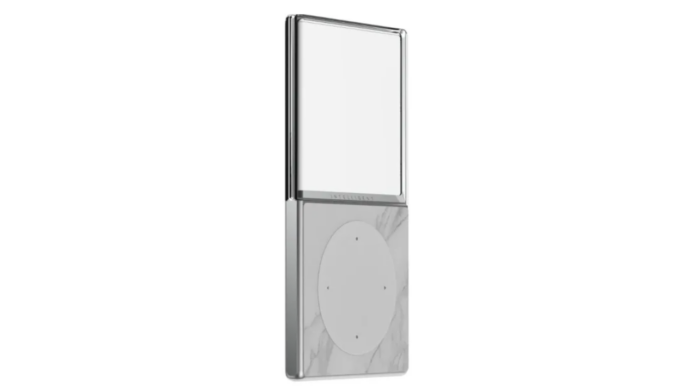 Vivo has filed two new patents for smartphones at CNIPA (China National Intellectual Property Administration). The photos for the patents show that the phones are ordinary looking. One of the patents show a circular camera module at the back along with Zen branding.

The first patent filed by Vivo shows a design that resembles Apple’s iPod Classic. The phone gets a circular navigation pad that covers the whole bottom half of the phone. The upper half of the front of the phone is taken up by the display. This oddly (or uniquely) designed device is surely a smartphone considering the CNIPA website clearly mentions it as a mobile phone.

The circular wheel comes with four buttons for left, right, up and down navigation. The frame of the device appears to be metal. Out of the two patents from Vivo, the second one confirms that the chinese handset maker is working on a Zen series phone.

This patent shows a circular camera module on the back of the device. The body of this device also looks to be made up of metal. As there’s a single camera on the back, this may be a budget device from Vivo under the Zen series. There’s no way of knowing if the brand is really working on these patents.

In related news, Vivo’s upcoming X70 series in India is tipped to launch in September. As per a recent leak, the Vivo X70 Pro price in India will be around Rs 50,000. On the other hand, the Vivo X70 Pro Plus will come at a more expensive costing, around Rs 70,000. The vanilla X70 price hasn’t been revealed. However, it can be assumed that it would be under Rs 50,000. The devices could sport a Samsung E4 display with a 120Hz refresh rate and FHD+ resolution.