The Videocon A27 is a dual SIM smartphone based on Android’s Ice Cream Sandwich operating system and carrying a price tag of Rs 5,999 for which it offers a bigger 4 inch display as well. Competing with devices from manufacturers such as Micromax, Karbonn and Spice, the Videocon A27 offers some nice hardware specifications as well. 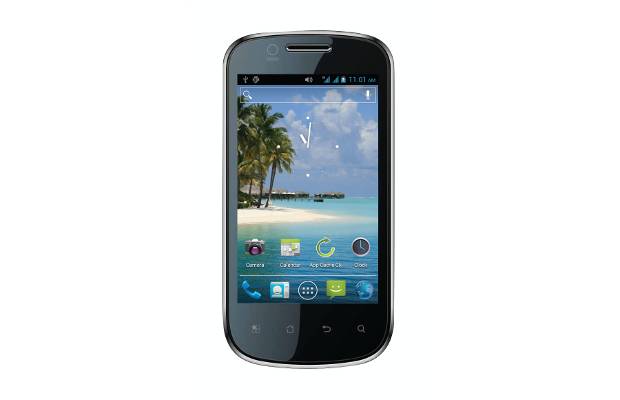 Videocon A27 is powered by a Broadcomm single core processor running at 1 GHz, that brings 3.75G connectivity. The device gets 512 MB of RAM along with 4 GB of internal storage, of which only around 2.2 GB will be available for users. The storage can further be extended to 32 GB with the help of micro SD memory cards.

The 4 inch display comes with 480 x 800 pixel resolution with a capacitive touch input system supporting multi touch as well. The device gets a 3 megapixel camera capable of recording videos as well at 30 frames/second along with a 0.3 megapixel camera in the front for video calling with video recording capability.

The device comes ready with dual SIM GSM connectivity supporting 3.75G networks. It also gets Bluetooth, WiFi and GPS as standard. There is a 1500 mAh battery pack for powering the device that promises a claimed 4 hours of 2G talktime.