Videocon Mobiles has announced the launch of two Android smartphones. Videocon A20 and Videocon A30 are dual SIM smartphone and will be available for Rs 4,999 and Rs 7,299 respectively.

Videocon A20 is powered by 1 GHz Qualcomm processor and runs on the Android 2.3 (Gingerbread) operating system. It has a 3.5 inch HVGA capacitive touch screen, 1350 mAh battery, 3 megapixel rear and a front VGA camera. It has an expandable memory up to 16 GB, Bluetooth support, and FM Radio with recording facility. On connectivity front, it supports GPRS, EDGE,WCDMA, and WiFi network. 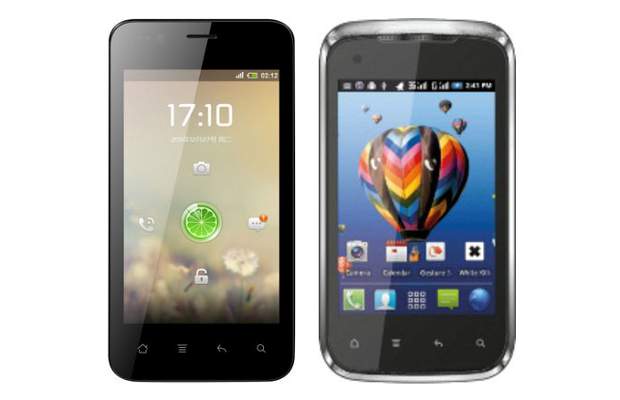 Videocon A30, on the other hand, features a 1 GHz Dual Core Qualcomm processor and runs on Android 4.0 (Ice Cream Sandwich) operating system.

It has a 4.0-inch capacitive touch screen display, 1500 mAh battery, FM Radio with recording, expandable memory up to 32 GB, Bluetooth, GPRS-EDGE- WCDMA capabilities along with other features like WiFi, GPS and A-GPS. On the camera front, it has a 5 megapixel rear camera and a front facing VGA camera.