Vernee Apollo 2 to be launched on Feb 28, will be first smartphone to use Helio X30 SoC 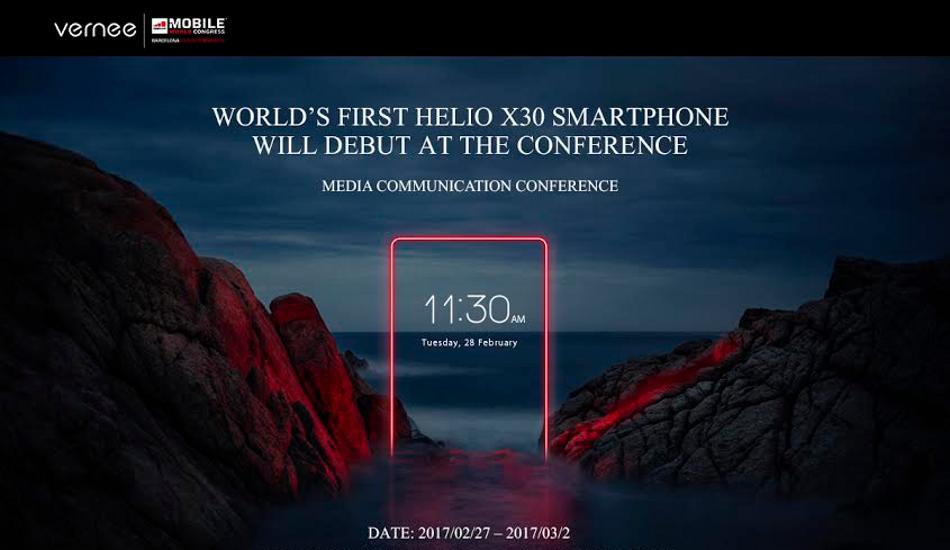 Chinese manufacturer, Vernee Mobile is all set to unveil its latest flagship smartphone on 28February at Mobile World Congress (MWC) 2017, in Barcelona.It will world’s first smartphone to sport a Deca-core Helio X30 SoC. It is going to be a successor of Vernee Apollo smartphone, which runs on Helio X20 SoC, which was launched last year. 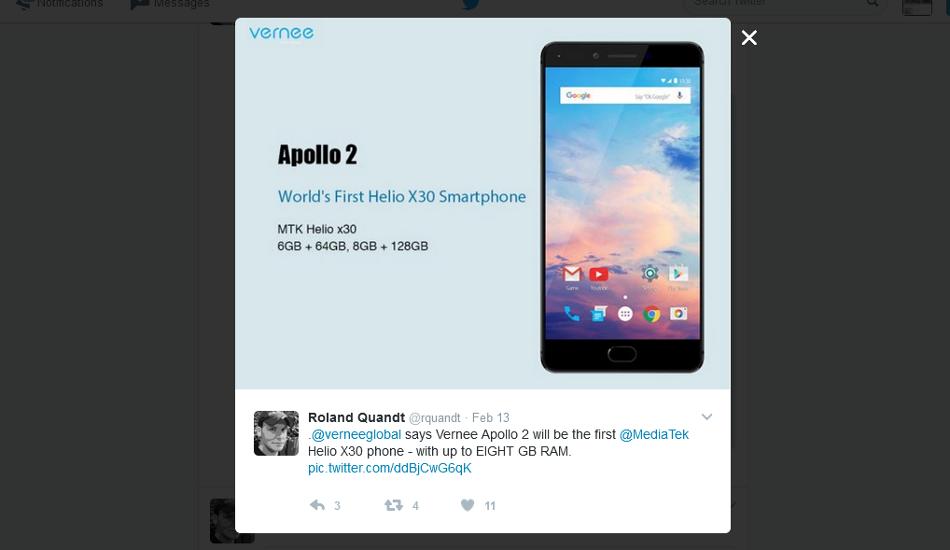 As far as specifications of older Vernee Apollo is concerned, it has a 5.5 inch display with 2K resolution. It has 6GB RAM of RAM and 128 GB of internal storage and the Android Marshmallow operating system. Besides, the smartphone has 21-megapixel rear camera with SONY IMX230 sensor and an 8-megapixel front camera. Further, it is powered by Mediatek’s Helio X20 chip MT6797, along with Mali-T880 graphics processor.