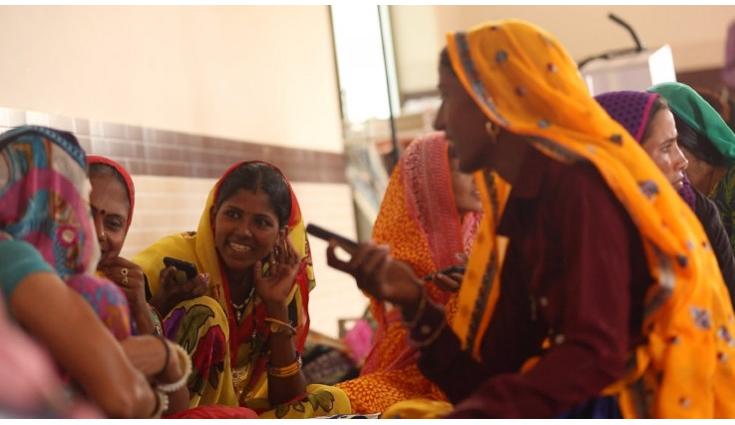 We have shortlisted some of the best upcoming smartphones in this article.

We are going to see a bunch of smartphone launches next month. There will be new smartphones launching in the country – two by Nokia, one each by Samsung, Realme, Vivo, OnePlus and Motorola. We have shortlisted some of the best upcoming smartphones in this article.

We exclusively reported that Nokia 3.4, Nokia 2.4 will be launching in India in October but an exact launch date is not revealed yet. Nokia 3.4 features a 6.39-inch punch-hole HD+ display with a resolution of 720 x 1560 pixels and an aspect ratio of 19.5:9. The phone is powered by 2.0GHz octa-core Snapdragon 460 processor coupled with up to 4GB of RAM and up to 64 GB of storage. The device will come with a microSD card slot for additional storage up to 512GB.

For the cameras, the Nokia 3.4 comes with a triple camera system with 13-megapixel + 5-megapixel ultra-wide + 2-megapixel depth sensor. There will be a front-facing camera of 8-megapixel.

Nokia 3.4 packs a 4,000mAh battery and will come preinstalled with Android 10 OS which is said to be upgradable to Android 11. It comes with a rear-facing fingerprint sensor and a Google Assistant Button as well. The connectivity options include Dual 4G VoLTE, Wi-Fi 802.11 b/g/n, Bluetooth 4.2, GPS + GLONASS, Type C USB and 3.5 mm headphone jack. 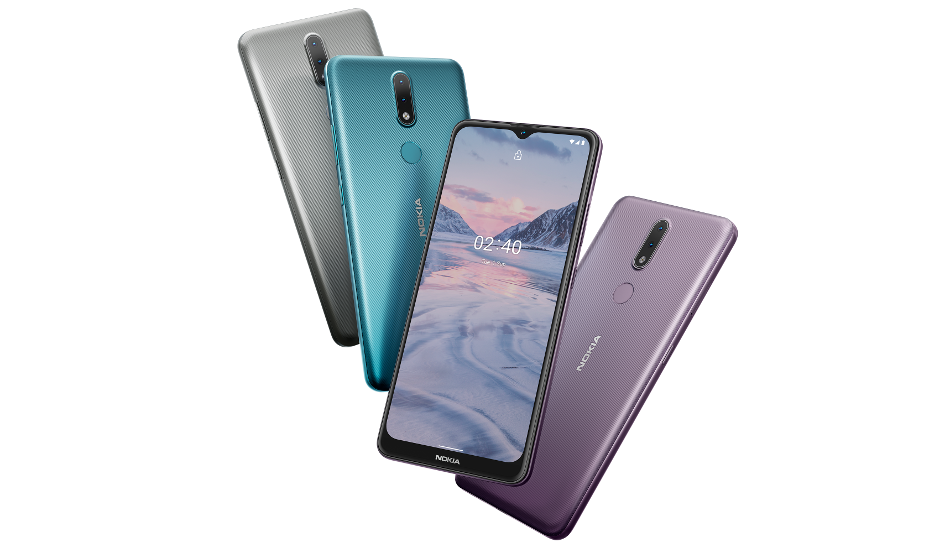 Samsung Galaxy F41 will be launched in India on October 8th. The event will be live-streamed via Samsung’s official channels on October 8th at 5:30 PM IST. The phone will be Flipkart exclusive in the country. The phone is likely to be offered in Black, Blue, and Green colour options.

OnePlus 8T is expected to have a 6.55-inch FHD+ AMOLED display with 120Hz refresh rate. It is said to be powered by the Snapdragon 865+ which is the latest from Qualcomm and is also featuring in many other flagships. The device is said to arrive in 2 variants with 8GB of RAM with 128GB of storage and 12GB of RAM with 256GB of storage with storage expansion support.

The phone is likely to have a quad-camera setup with the main sensor being a 48MP shooter, a 16MP wide-angle camera, a 2MP portrait lens, and a 5MP macro sensor. On the front, we should have a 32MP shooter. The phone is rumoured to be backed by a 4500mAh battery with support for 65W charging which will be a first from the company.

Motorola will be launching Motorola Razr flip phone with a foldable screen dubbed as Moto Razr 5G in India next month. The new Moto Razr 5G features a flexible screen that folds. The secondary screen can be operated by touch and used to operate some of the functions of the phone. The phone features a 6.2-inch foldable pOLED display with a resolution of 876×2142 pixels, and 21:9 aspect ratio. The secondary screen features a 2.7-inch OLED display with a resolution of 600×800 pixel. 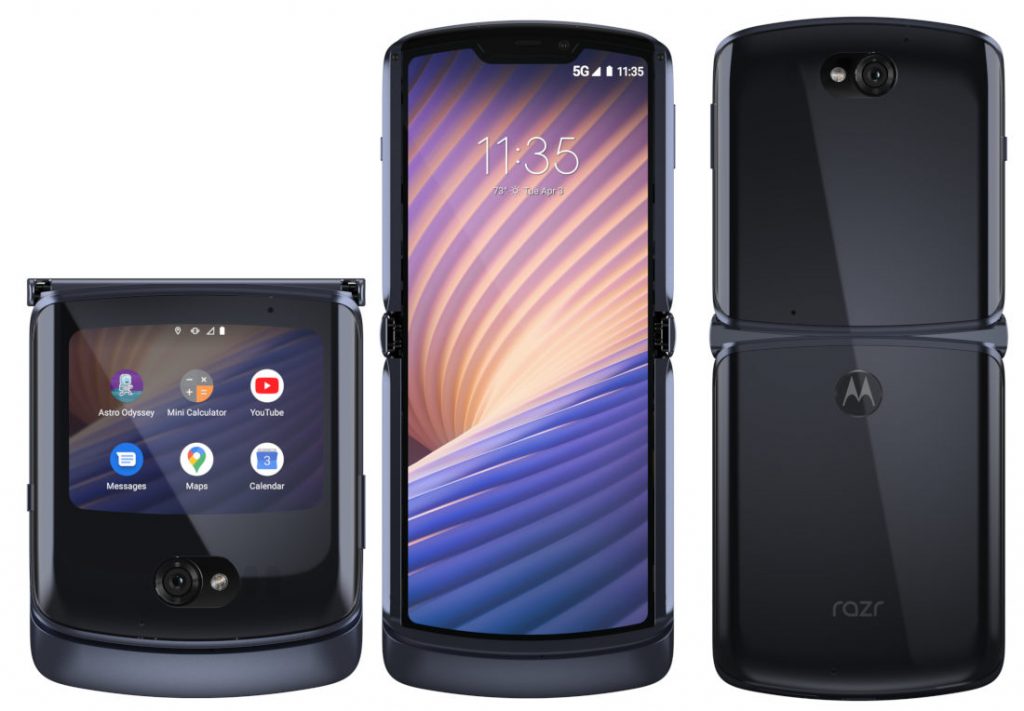 The phone is powered by Snapdragon 765G processor coupled with Adreno 620 GPU. It has 8GB RAM and 256GB internal storage and lacks support for a microSD card slot. The Motorola Razr runs Android 10 out-of-the-box.

For the camera, Motorola Razr 5G has a 48-megapixel main camera below the secondary display with f/1.7 aperture and OIS, as well as a side-mounted LED flash. For selfies, the Motorola Razr 5G features a 20-megapixel camera with f/2.2 aperture. It packs a 2,800mAh battery with 15W TurboPower fast charging.

Earlier this month, Realme launched its Realme 7 and 7 Pro budget devices. Now Realme is teasing a new smartphone that will launch in India soon which will be the Realme 7 Pro SE. The Realme 7 Pro SE is likely to be the rebranded version of Realme 7i that debuted in Indonesia a few days back. 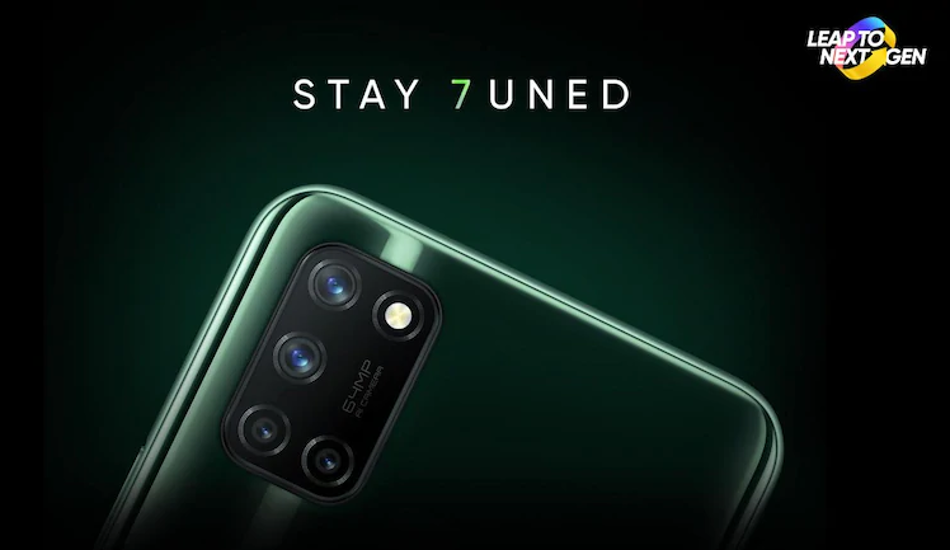 Realme 7 Pro SE will come with a 6.5-inch Full HD+ display with a screen resolution of 1600 x 720 pixels, 90Hz refresh rate, Corning Gorilla Glass protection. It has a single hole-punch display at the front for the selfie camera. The phone will have a rear-mounted fingerprint scanner.

The smartphone will be powered by the 2GHz Snapdragon 662 octa-core processor paired with 8GB RAM and 128GB internal storage. The storage can be expanded by up to 256GB storage. Realme 7 Pro SE will be backed up by a 5000mAh battery with 18W fast charging support and it runs on Android 10 based on Realme UI.

Vivo V20 SE is also likely to launch in India next month. The phone was recently launched in Malaysi at MYR 1,199 (approx. Rs. 21,300) for the single 8GB + 128GB variant. It comes in Gravity Black and Oxygen Blue colour options.

On the battery front, the phone has a battery capacity of 4000mAh with 33W fast charging. It runs Android 10 with Funtouch OS 11. The phone also features an in-display fingerprint scanner.