Acer has announced a new phablet, called Liquid S2, at the IFA 2013 Berlin, Germany. The Acer Liquid S2 phablet features a 13 megapixel camera that is said to be capable of recording videos in 4k resolution. This is a successor of the Acer Liquid S1 smartphone unveiled at the Computex 2013 in June earlier this year. The Acer Liquid S2 will support 4G LTE networks for select markets.

Acer has joined the phablet game with the new Liquid S2 that features a 6-inch IPS LCD display sporting full 1080p HD resolution. The display has been constructed with Corning Gorilla Glass 3 that is strong and resistant to normal wear and tear. This phablet is powered by the 2.2 GHz Qualcomm Snapdragon 800 mobile processor and 2 GB RAM. In the front lies a 2 megapixel camera for 1080p HD video chatting. 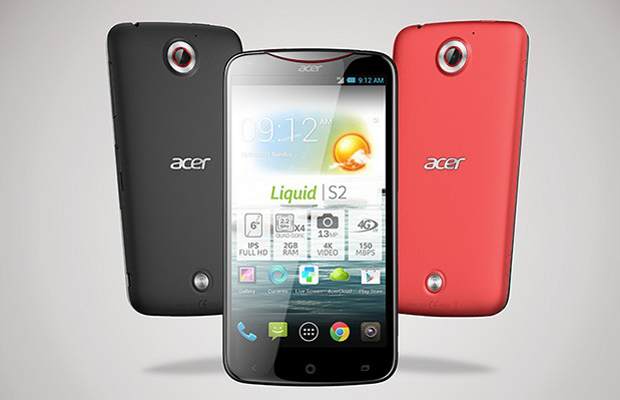 Acer has layered the Acer Float User Interface on the top of the Android 4.2.2 Jelly Bean in this phablet. By default, the Liquid S2 has 16 GB on-board storage and one can add up to 128 GB micro SD card in the memory card slot.

The phablet will support 4G LTE in select networks and for rest of the markets, it will be offered in 3G network supporting model. For faster mobile internet, the smartphone offers WiFi 802.11ac support as well. Measuring 0.35 inches thick, the Acer Liquid S2 phablet will pack 3300 mAh battery. The Acer Liquid S2 is expected to debut first in the Europe region and expected to arrive by the end of October.