The listing reveals that the smartphone could be a mid-range device and it also reveals that it comes with a model number 2Q5W1. 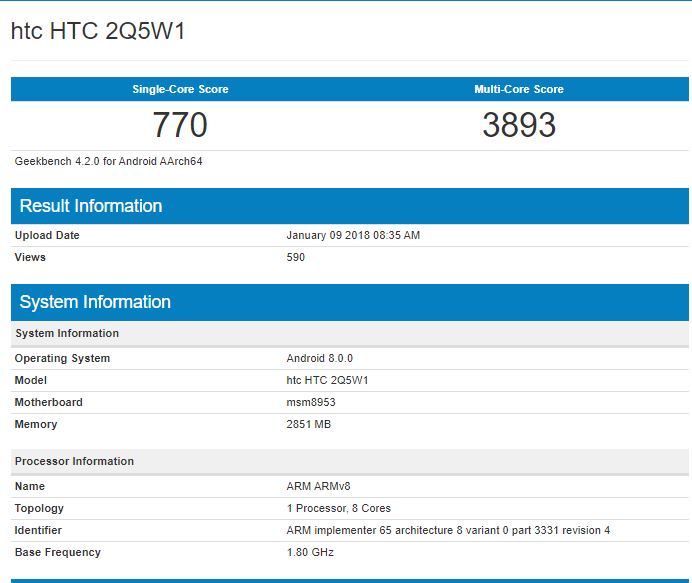 Further, there is no information about the pricing and availability of the upcoming HTC device. So, we suggest you stay tuned with us for further details. Meanwhile, the company has started rolling out Android 8.0 Oreo update for its flagship device, the U11 in India from January 31. The development has been confirmed by the company on its official Twitter handle.

HTC U11 Oreo update will be rolling out over the air. In order to check for the latest update, users can go to Settings > About Phone.  The Oreo update will bring the picture-in-picture mode that lets users to two tasks simultaneously. So, for example, one can minimise a YouTube video while sending a text message or writing an email.