Truecaller app enables the user to identify the incoming number's identity even if they are not stored in his phonebook.

Truecaller app enables the user to identify the incoming number’s identity even if they are not stored in his phonebook. Users can also search for numbers and can even block incoming calls by selecting the specific number through the Truecaller service. 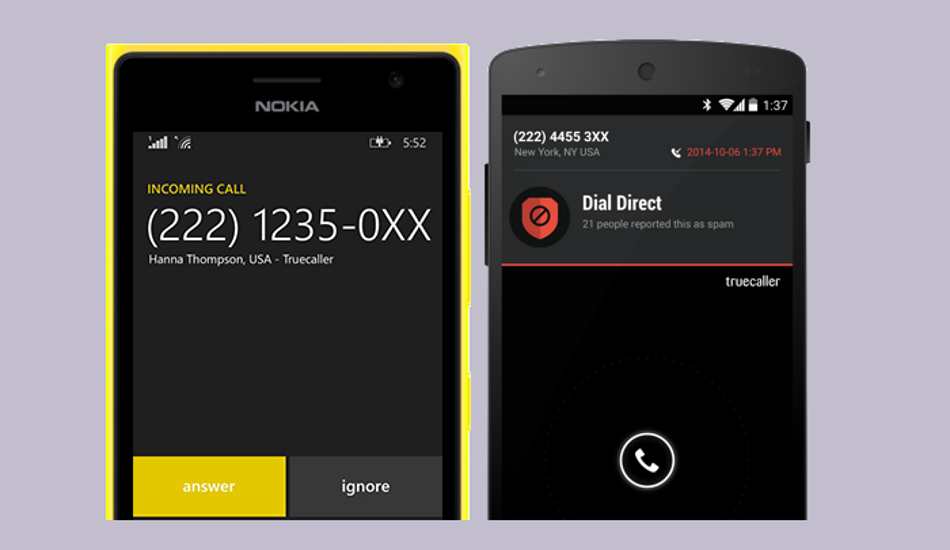 With the latest announcement Windows phone user can enjoy Live Caller ID feature through which they can identify unknown numbers during incoming calls. This feature was not available in Truecaller’s Window app.

Another interesting feature in Truecaller app is that one can perform reverse number look up for mobile and even landline numbers (you enter a phone number in the Truecaller app and it will show you the owner’s name). You can also connect the app with social networks like Facebook and Twitter, and in turn let other’s find you (you can also locate other person’s social network ID by their phone number if they have done the same). Free version of Truecaller comes with advertisements while the paid version or premium one doesn’t have advertisements.

The caller ID feature has been made available in the Windows Phone Store for all Lumia devices with 8.1 Cyan update or later.