Here is the list of upcoming smartphones that can be expected from Poco to be launched in the next few weeks. 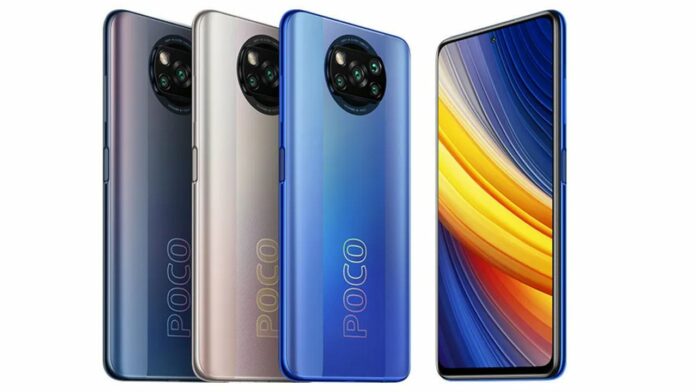 Are you a fan of the Poco brand and want to keep yourself updated with all its upcoming offerings? The brand is said to be working on four smartphones in its X4-series.

There is no major Poco phone launch expected in December. Instead, we can expect the Poco launches sometime in Q1 2022. This article will tell you all the upcoming Poco smartphone launches in the coming weeks.

The Poco X4 is said to launch in India in the first quarter of 2022. It is speculated as a rebranded Redmi Note 11 Pro launched in China last month. The phone will likely feature a 6.67-inch AMOLED display with a 120Hz refresh rate. It will be powered by an octa-core MediaTek Dimensity 920 SoC paired with up to 8GB of RAM and up to 256GB of storage.

There will be a quad-camera setup with a 108-megapixel primary sensor. In addition, it will pack a 5,000mAh battery that comes with 67W fast charging support.

ALSO READ: Poco to be “totally independent” of Xiaomi in April 2022?

Alongside the Poco X4, the Poco X4 Pro is also expected to launch in the Indian market. But, the exact launch schedule is yet to be revealed by the company. A Snapdragon 870 SoC could power the X4 Pro. However, there is no info on the key specs of this upcoming Poco smartphone.

Poco X4 NFC will be launched specially for the global markets, and it will not come to India. This phone is likely to be same as Poco X4 but this will come with NFC for international markets. It will succeed the Poco X3 NFC. However, details about the phone are yet to be revealed.

Poco X4 NFC will reportedly make its global debut in the first quarter of next year (January to March).

The Poco X4 GT is also said to be in the works. However, this phone will reportedly be launched for some global markets only. Poco X4 GT will be the successor of Poco X3 GT that debuted in Malaysia in July. However, the Poco X4 GT may not launch in India as Poco X3 GT did not come to the Indian market.

The Poco F4 GT is said to be a rebrand of the Redmi K50 Gaming smartphone. It will likely feature a 6.67-inch display with a resolution of 1080 x 2400 pixels. Under the hood, the smartphone will reportedly pack an octa-core MediaTek Dimensity 9000 processor. The smartphone will run on the Android v11 OS and a 5065 mAh battery will back it up.

The Poco F4 GT will likely feature a triple-camera setup for the camera. There will be a 64-megapixel primary camera and it will probably have a 16 megapixel front selfie camera.