This smartphone can scan your ECG, Body Temperature, Blood Pressure, Alcohol and much more 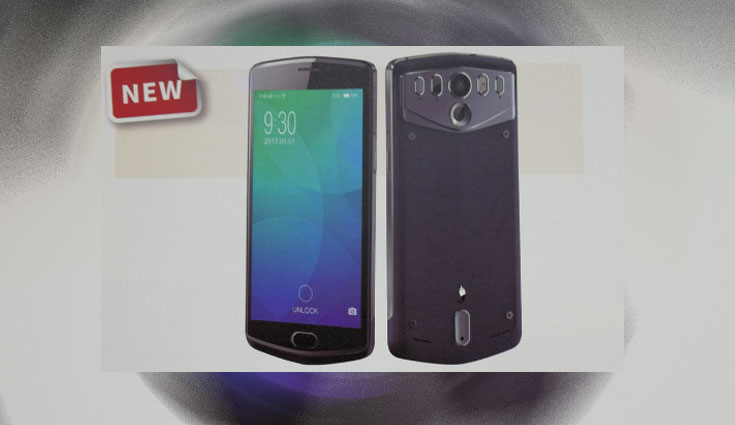 Confirmed by a tweed by Roland Quandt, the Chinese brand (Xiaolajiao) has reportedly showcased a mid-range smartphone at the tech show which can measure your heart rate and breath rate.

While Mobile World Congress is majorly crowded with smartphones launched at the event, we also have some booths which showcase few prototypes of their work-in-progress devices. One of these is being showcased at the ongoing MWC 2017 in Barcelona, Spain from a company named Xiaolajiao. Confirmed by a tweed by Roland Quandt, the Chinese brand (Xiaolajiao) has reportedly showcased a mid-range smartphone at the tech show which can measure your heart rate and breath rate. However, that sounds normal, right? But we are not done yet, the tweet also claims that this smartphone is capable of ECG detection, Oxygen, Blood Pressure, the number of UV rays in your region, Body Temperature and measure the amount of Alcohol in your body.

#The smartphone runs on Android 7.0 Nougat though we are not sure about the Skin it runs on top of it.

#On the inside, we have an Octa-Core Snapdragons 625 SoC which is clocked at 2.0 GHz coupled with 4GB of RAM and 64GB of internal storage.

#In the camera department, we get a 13-megapixel shooter at the back combined with an 8-megapixel camera at the front.

How To Use Your Apple iPhone To Scan And Sign Documents

As mentioned above, this smartphone appears to be a prototype and not a final product. So there are chances that we might not ever see this device again. On the contrary, there is a possibility that this might eventually make way to other smartphones as well. What are your thoughts?