The Simpsons:Making its way to Hotstar Disney+ Today 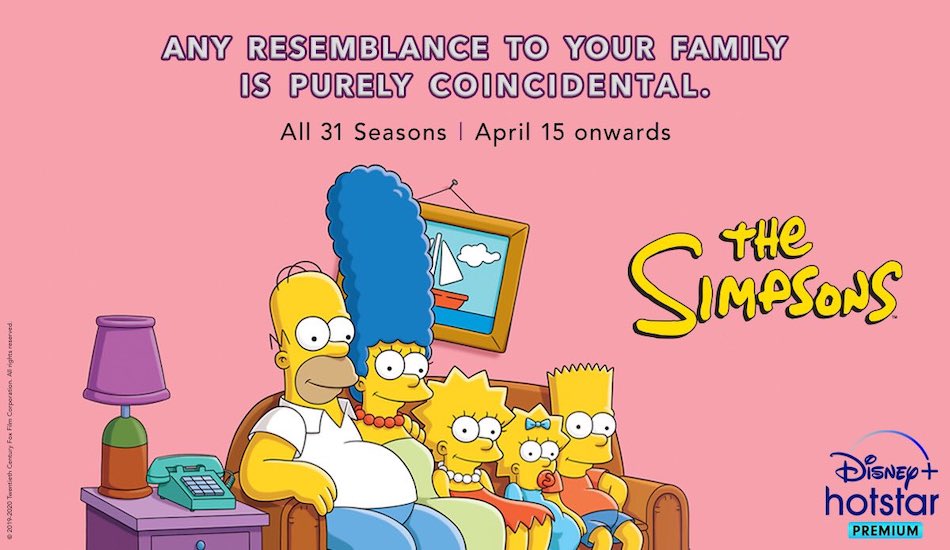 Hotstar Disney+ on its twitter announced the arrival of the iconic TV show – The Simpsons on its platform on 15th April.

Earlier this month, the coveted Disney+ was launched in India via Hotstar after it was rolled back last month. The app is now called ‘Hotstar Disney+’ and has shows ranging from the world of Disney, Pixar to the Marvel Cinematic Universe and more. The app is now revamped with blue accents and a new Disney+ section. The new update for the app with all Disney + content has gone live on platforms including Android, iOS, Apple TV, Amazon Fire T.V. Stick, and Android T.V. You can use the new-look Disney + Hotstar on a web browser.

Hotstar Disney+ on its twitter announced the arrival of the iconic TV show – The Simpsons on its platform on 15thApril. All the 31 seasons and its movies (The Simpsons Movie andPlaydate with Destiny) This series will be limited to Disney+ Hotstar Premium subscribers, with that particular plan costing ₹1,499 a year.

The Simpsons is an American animated sitcom created by Matt Groening for the Fox Broadcasting Company. The series is a satirical depiction of working-class life, epitomized by the Simpson family, which consists of Homer, Marge, Bart, Lisa, and Maggie. The show is set in the fictional town of Springfield and parodies American culture and society, television, and the human condition. It first debuted in 1989 and till date, 679 episodes have been broadcasted.

The absence of The Simpsons during the launch of Disney+ in India was rather frowned upon as the show was already available for streaming in other countries. However, the arrival of The Simpsons is much appreciated during these times when people are shut in their homes.