Tecno Pova Neo 5G is said to launch in the Indian market around July-August. It will be powered by a Mediatek Dimensity 810. 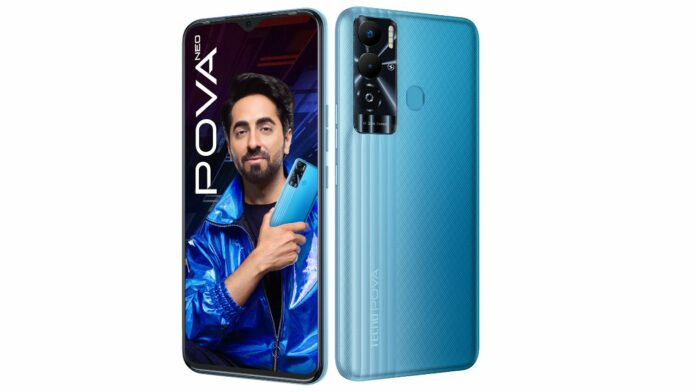 The Tecno Pova Neo 5G is expected to be launched in India soon. It will be the successor of a 4G variant which was launched earlier this year.

According to a report by RootMyGalaxy, the upcoming Tecno Pova Neo 5G has appeared on the IMEI database. The device carries the model number LE6J. The report also reveals that the Tecno Pova Neo 5G will launch in India around July or August. Some specifications have also been tipped in the report.

The upcoming Tecno phone is said to feature a 6.9-inch FHD+ display with a 90Hz refresh rate. The phone will also feature a punch hole notch for the selfie camera.

It will be powered by a Mediatek Dimensity 810 chipset. This will be coupled with 4GB RAM and 64GB internal storage. It will offer up to a 5GB virtual RAM option and Panther Game Engine 2.0 optimization.

The phone will run Android 12. Finally, it will be backed by a 6,000mAh battery with support for 33W fast charging. It will reportedly launch in Electric Blue colour option.

To recall, Tecno Pova Neo is priced at Rs 12,999. It features a 6.8-inch HD+ big dot notch display with an 89.42 per cent screen-to-body ratio. The Pova Neo comes with a dual rear camera setup that includes a 13MP rear camera and an AI lens.

The phone packs Mediatek Helio G25 Processor with up to 2.0GHz clock speed. It has 6GB LPDDR4x RAM + 5GB expandable RAM with memory fusion technology and 128GB eMMC 5.1 internal storage. There is expandable memory up to 512GB by dedicated SD Card slot. It runs on HiOS v7.6 based on Android 11 and phone packs a 6000mAh battery.