Tecno Camon 19 series to be announced on June 14

Tecno Camon 19 series will be launched globally in New York on June 14. 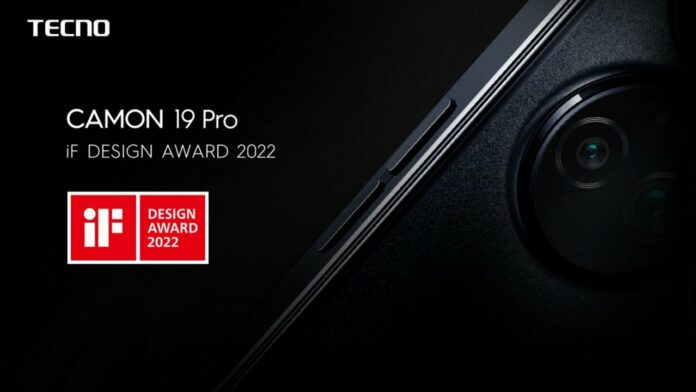 Tecno has announced a global launch event for its upcoming Camon 19 series on June 14. The brand will launch Tecno Camon 19 series including the Camon 19 Pro globally in New York.

The launch event will be held at 65th floor of Bar Sixty-Five atop the iconic Rockefeller Center at 7:30pm EST (June 15, 5:00am IST). The launch is the company’s first-ever event in the US.

The Camon 19 Pro 5G won the iF Design Award 2022 for the outstanding product design this year. In addition, this series will feature RGBW lens technology developed in collaboration with Samsung.

Tecno has also confirmed that Camon 19 Pro 5G will be among the first set of handsets to receive Android 13 Beta. Google had officially unveiled Android 13 Beta 2 at the Google I/O event last month.

The series will most likely include four devices. There will be smartphones like Camon 19 Pro, Camon 19, Camon 19 Neo, and Camon 19 Pro 5G. Tecno is yet to reveal the price and specifications of the Camon 19 series.

Regarding the announcement, Lucia Liu, TECNO Chief Brand Director, said, “New York is a global trendsetter in many dimensions, including fashion, art and design, which appeals to TECNO customers. The selection of New York City shows TECNO’s strength in fashion and technology innovation and its brand vision to bring the perfect fusion of stylish design and the state-of-the-art technology to our users.”

To recall, Tecno Camon 18 was launched in India last year. The phone is priced at Rs 14,999 for its sole 4GB of RAM and 128GB of storage variant. The Tecno Camon 18 is available across the brand’s 50K+ retail touchpoints PAN India. It comes in Purple, Dust Grey and Ceramic White colours.