Sync your Android device with PC with SnapPea

Now sync your Android device in style and take control over apps, music videos and files with the all new SnapPea sync application for Windows.

Software developer, SnapPea has rolled out an application for Android devices. The application, called SnapPea Beta, allows users to sync their Android devices with their Windows PCs. Currently in beta form, the app is available for free and can be installed on any Windows operating system based computer.

Once installed on the computer and the Android device, the SnapPea application seamlessly syncs music, videos and images between the two. It syncs messaging notifications between the two devices as well and users can also use the application to reply to text messages right form within the desktop application itself without having the need to look up their Android smartphone.

The software allows easy connectivity between the devices both via USB connection and WiFi for high speed wireless data transfers. 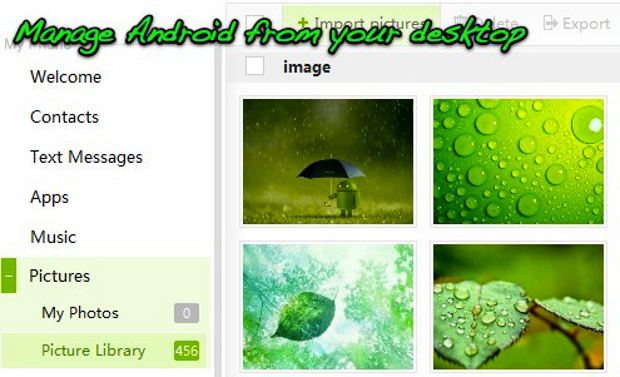 One of the most exciting features of SnapPea that make it stand out form rest is its ability to install application on the devices which it can source from popular application stores including the Google Play store.

The application supports only Windows based computers as of now but the developers are looking for other options in the future as well.

To get a copy of the software users can visit the SnapPea website.