The update comes via Google Play to the stable and beta phase of users and includes news feature with bug fixes to both.

The team at SwiftKey has rolled out yet another update to the popular keyboard app on Android that delivers new features to both stable and beta users of the app. While beta users can make use of the new quick settings panel on the app, a new toolbar customization makes its way to the stable SwiftKey app.

Toolbar customization comes a month after SwiftKey added the Toolbar to the keyboard app and the latest feature allows users to toggle it on and off as they please. Stable users also get new languages support with the addition of Seychellois Creole, Kazakh (Latin), K’iche’, Aja, Blackfoot and Quechua (Southern).

Swiftkey has also updated the keyboard with location sharing to up to 24 countries. Among bug fixes, the app will now pop up the Emoji panel as a default to the previously used tab and solves the issue where the app crashed when creating Photo Themes. 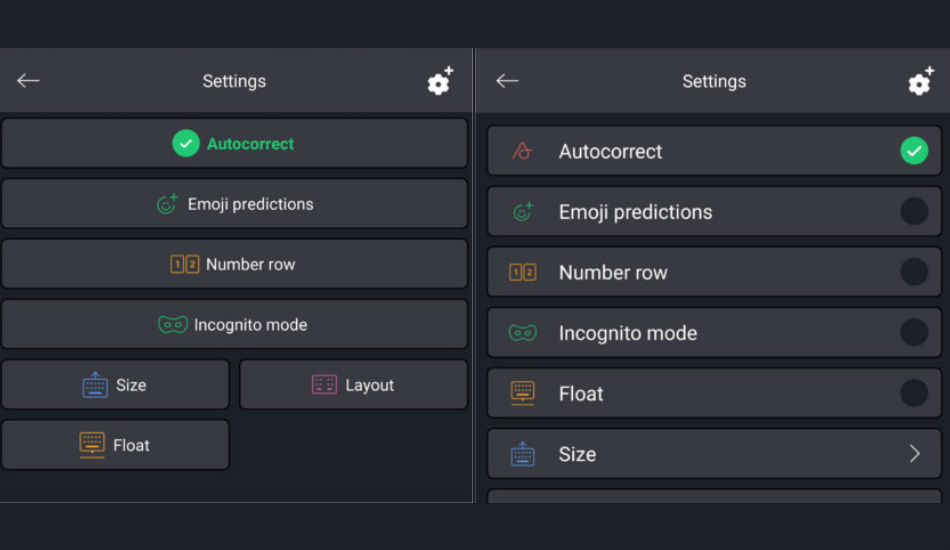 For beta users of Swiftkey, newer languages come with support for Kituba, Mandingo, Luganda, Dinka, Kikongo, and Naro. There’s also a new Stickers pack but the highlight of the update is the new Quick Settings UI and the ability to show predictions in Thai and Vietnamese.

In order to access the latest features, make sure you loaded the newest version of SwiftKey or SwiftKey Beta.