The dust proof and water proof tablet is even thinner than the Apple iPad Mini tablet.

Sony has formally launched its Xperia Tablet Z in India today for Rs 46,990. The tablet is available across the country from only 500 big stores including Sony’s own retail stores.

The tablet is mere 6.9 mm thick; it is dust and water proof. The new Xperia Tablet Z has a 10.1-inch touchscreen display with 1920×1200 pixel resolution natively. Sony has packed a quad-core 1.5 GHz Qualcomm Snapdragon S4 Pro APQ8064 mobile processor inside with 2 GB RAM. 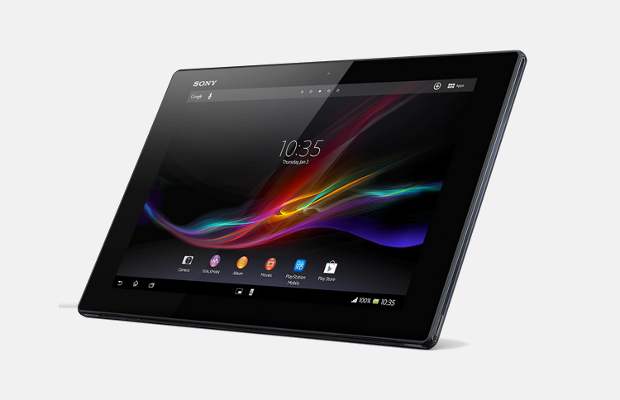 The dust proof and water proof tablet has the Android 4.1 Jelly Bean operating system but is expected to get Android 4.2 Jelly Bean update soon. Single SIM GSM device supports 2G, 3G and EDGE along with WiFi, Bluetooth and MHL (HDMI via USB).

By default, the Xperia Tablet Z offers 32 GB on-board storage and there is also a micro SD card slot for additional storage. Sony has also packed a new audio output feature, S-Force Front Surround 3D. Sony has packed a backside illuminated 8.1-megapixel Exmor R for Mobile image sensor at the back of the tablet for high quality photos and videos.

Sony Xperia Tablet Z comes with a 6000 mAh battery and is even thinner than the Apple iPad Mini tablet. You can read our hands on report here.