Sony will host a new product launch event on September 17 in which it is expected to announce its Sony Xperia 5 II smartphone. Now Sony Xperia 5 II renders and specifications have been leaked online.

According to a report in Android Headlines, the Sony Xperia 5 II will sport a 6.1-inch full-HD+ HDR OLED display with an aspect ratio of 21:9, 120Hz refresh rate, 240Hz touch-sensing rate and HDR support. The smartphone will come with 5G connectivity.

The phone will reportedly come equipped with a Qualcomm Snapdragon 865 SoC coupled with 8GB of RAM and 128GB of storage, which can be expanded via a microSD card. The smartphone will come preinstalled with Android 10 OS. 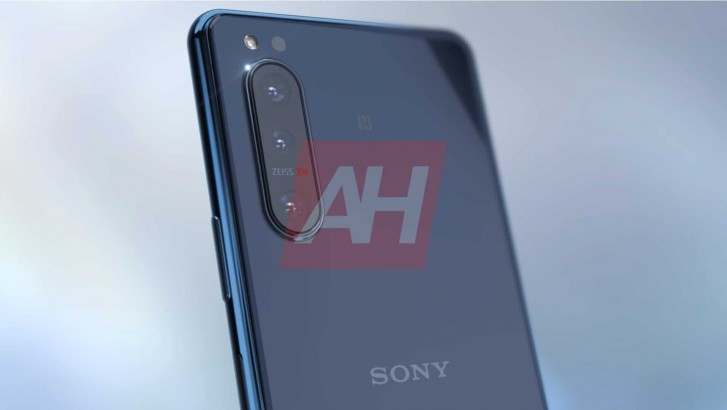 For the camera, the Sony Xperia 5 II will be equipped with a triple camera setup with a combination of a 12-megapixel primary sensor with f/1.7 aperture, 24mm equivalent lens, with 82-degree field of view. The telephoto camera is 12-megapixel, with f/2.4 aperture, and 3x optical zoom. The ultra-wide camera may come with a 12-megapixel sensor and a lens with f/2.2, 16mm focal length and a 124-degree field-of-view. The smartphone will be capable at shooting 4K HDR videos at 120fps. The leak does not reveal anything about the front camera.

Sony Xperia 5 II render yesterday appeared online as per which the front panel of the phone comes with a single selfie shooter at the top panel along with an earpiece. The right side of the device comes with volume controls and there is a side-mounted fingerprint sensor as well.

The base panel comes with a USB Type-C port, while the top panel will house a 3.5mm audio jack. The right panel has two buttons, out of which one could be used as a shutter button for the camera, while the use of another button is not known at the moment.

Sony Xperia 5 II will be announced on September 17