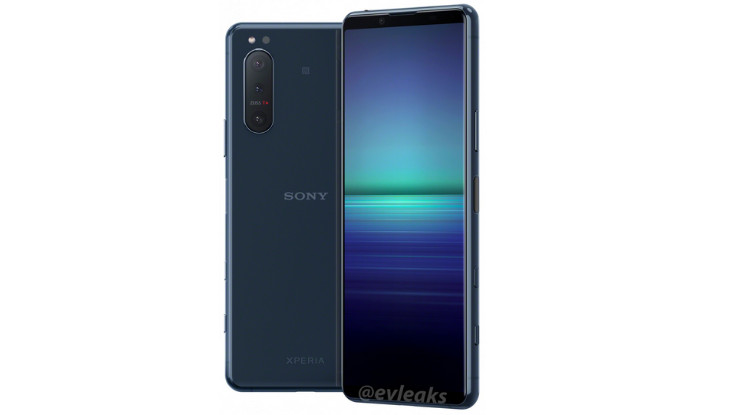 The smartphone render has appeared online, revealing some key details.

Sony is reportedly working on a new smartphone, known as Sony Xperia 5 II. The smartphone render has appeared online, revealing some key details.

The render was posted by known tipster Evan Blass and it reveals that the smartphone will be in Blue colour option. The smartphone will come with a display ratio, which is also present in other flagship Sony smartphones. The front panel comes with a single selfie shooter at the top panel along with an earpiece and plethora of sensors. The right side of the device comes with volume controls and there is a side-mounted fingerprint sensor as well.

The right panel also houses two buttons, out of which one could be used as a shutter button for the camera, while the use of another button is not known at the moment. The base panel comes with a USB Type-C port, while the top panel will house a 3.5mm audio jack.

The back panel comes with a triple-camera setup with ZEISS T* lenses. There is a noticeable camera bump as well and just above the module, one can see an LED flash along with other sensors. Interestingly, there is no 3D ToF sensor, which was present in other Sony flagship devices. That said, no other information is available about the Sony Xperia 5 II smartphone at the moment, so we suggest you stay tuned with us for more details.

Meanwhile, the company has announced its new smartphone, the Xperia 8 Lite, in Japan. The Xperia 8 Lite features a 6.0-inches Full HD+ Triluminous LCD display with a screen resolution of 2560 x 1080 pixels and 21:9 aspect ratio. The phone is powered by a Qualcomm Snapdragon 630 chipset and backed by a 4GB of RAM and 64GB onboard storage that could be further expanded by up to 512GB via a microSD card.