Sony is expected to launch the new Xperia 1 IV flagship smartphone as well as Xperia 10 IV alongside at its May 11 event. 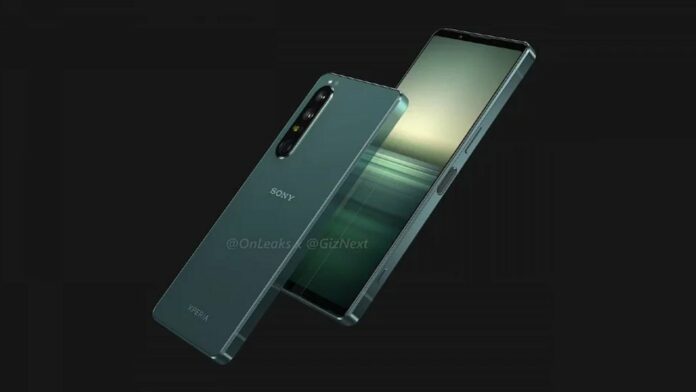 Sony has scheduled an Xperia product launch event for May 11. The company is expected to launch the new Xperia 1 IV flagship smartphone as well as Xperia 10 IV alongside it.

The Sony Xperia launch event will be held on May 11 at 4PM JST (12:30pm IST). It will be live-streamed on the company’s official YouTube page. The company has not officially revealed any other information relating to any of the upcoming handsets. But it has already confirmed that it will launch new Xperia phones powered by Snapdragon 8 Gen 1 Mobile Platform.

Earlier tipster Steve Hemmerstoffer in collaboration with GizNext shared the concept renders of the Sony Xperia 1 IV. As per the renders, the device could sport a 6.5-inch flat display with the front camera on the top bezel. At the bottom, there will be a USB Type-C port and the 3.5mm audio jack will be at the top. The phone will feature a triple rear camera setup.

Sony Xperia 1 IV was also previously spotted on Geekbench certification. As per the listing, the phone will be powered by the Qualcomm Snapdragon 8 Gen 1 chipset. It will have a 12GB of RAM and Android 12 OS. The phone scored 1204 points in the single-core department and 3352 points in the multi-core department.

Meanwhile in a related story, Sony WH-XB910N wireless headphones were launched in India. The Sony WH-XB910N are priced at Rs 14,990 in India and will be available both online and offline via major portals and retailers across the country, and through the Sony online store as well.

The headphones come with Active Noise Cancellation and also support Sony’s LDAC codec. They get a claimed 30 hour playback time on a single charge. Further, the headphones use Bluetooth 5.2 for connectivity and support SBC, AAC, and LDAC Bluetooth codecs.