Sony starts sending out CES 2018 invites: Here’s what you need to know

Sony has reportedly started sending out media invites for its event at Consumer Electronics Show (CES) 2018. The event is scheduled to take place on January 8, 2018. The CES 2018 will begin from January 9 to January 12 in Las Vegas.

The invite does not mention anything about the products, but one could expect a range of products being launched at the event ranging from smartphones to camera, Smart TVs, audio and more. Interestingly, multiple reports suggest that the company might launch a new flagship device at the event. Sony is already reported to be working on different smartphones ranging from flagship to mid-range. 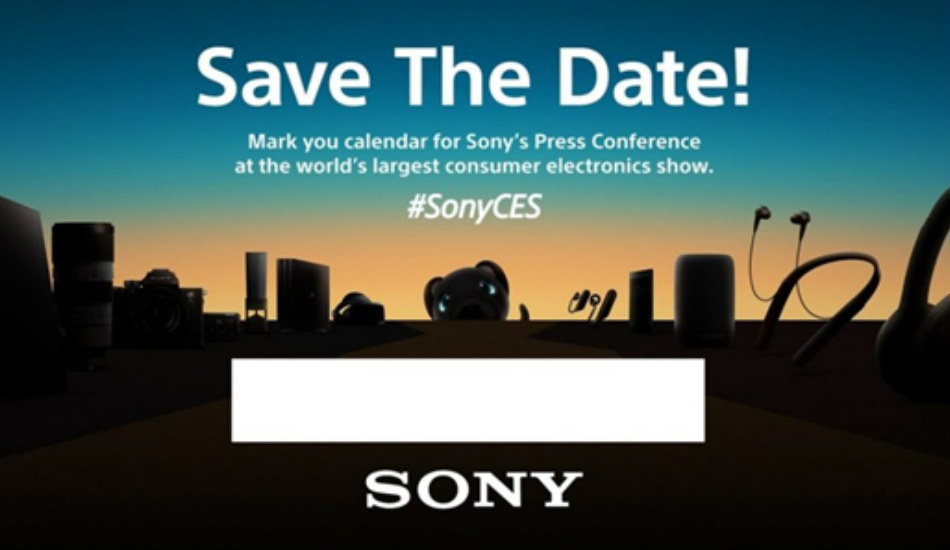 Recently, a new Sony device bearing model number H8266 was leaked online on Geekbench. The listing reveals that the Sony H8266 has 4GB RAM and Qualcomm Snapdragon 845 1.77 GHz octa-core processor. The handset is based on the Android 8.0.0 Oreo operating system.

Sony H8266 is rumoured to feature 5.48-inch full HD screen. It will be powered by Qualcomm Snapdragon 845 octa-core processor and 3210 mAh battery. On the software front, the phone will run on Android 8.1 Oreo operating system. It is said to have dual rear cameras of 12-megapixel sensors and a 15-megapixel front-facing camera. The Sony H8216/H8266 will be measuring 157 x 78 x 8.1mm and weighing 159 grams.

Previously, new Sony smartphones with model number H8116 and H8166 was found in user-agent profile. The leak reveals that the smartphone will bear a 4K display with a screen resolution of 3840 x 2160 pixels. It will be backed by the latest Android Oreo operating system. Multiple reports suggest that the smartphone could be the successor of the Xperia XZ Premium and it would be the third phone from Sony to feature a 4K resolution display.

Moving on, the user-agent profile also reveals two models of the H82XX series including H8216, H8266, H8276 and H8296. The profile reveals that the smartphones will feature a Full HD display with a screen resolution of 1920 x 1080 pixels and it will run on Android Oreo as well. Interestingly, there is no information available on the above-mentioned models, so we suggest you stay tuned to us for further details.