Sony is launching a new Xperia phone on October 26

Sony is planning on launching a new Xperia Smartphone on October 26. There's no leaks or news regarding an upcoming Xperia device. 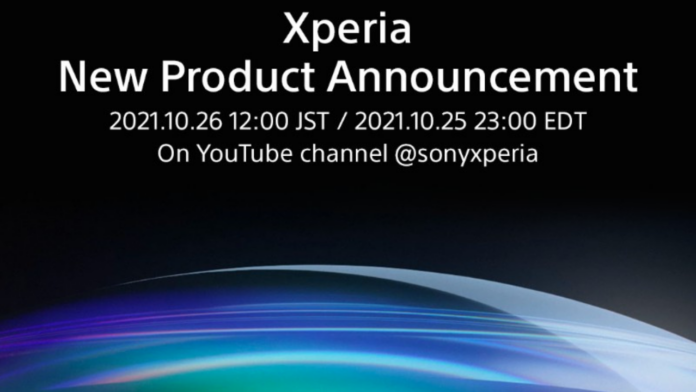 Sony has unveiled a bunch of Xpera devices this year, the latest one of them being the Xperia 1 III back in late August. Later on, the brand quietly launched the Xperia 10 III Lite in Japan during the same month. It seems like the brand is working on bringing a new smartphone for the consumers.

Sony has scheduled a launch event for an Xperia Smartphone on October 26, at 12:00 JST (8:30 AM IST). The launch event will be live streamed on the Sony Xperia’s YouTube channel on the said date. There haven’t been any leaks or news regarding an Xperia smartphone in the recent past, so it remains a mystery as to what Sony is planning on revealing.

Sony launched the Xperia Ace 2 back in May that is powered by a MediaTek SoC. The Sony Xperia Ace 2 sports a 5.5-inch IPS LCD with HD+ resolution and Gorilla Glass 6 protection. The smartphone draws power from a MediaTek Helio P35 SoC. It is paired with 4GB of RAM and 64GB of storage. The storage is expandable up to 1TB via a microSD card slot.

The Sony Xperia Ace 2 has a dual camera setup consisting of a 13-megapixel f/2.0 primary camera along with a 2-megapixel depth sensor. On the front, you get an 8-megapixel f/2.0 shooter. There is a side-mounted fingerprint scanner as well integrated into the power button itself.

It is backed by a 4500mAh battery. Connectivity options include a 3.5mm headphone jack, 4G LTE, GPS, Bluetooth 5.0, USB-C, and dual band Wi-Fi. The smartphone also has IP68 rating making it water and dust resistant.