Sony Mobile is working on a mid-range smartphone with model number C530X with impressive specifications. The Sony Mobile C530X series smartphone will feature a dual core Qualcomm Snapdragon S4 Plus family mobile processor that will power a 720p HD display. These details were spotted in the GLBenchmark result listing by the TechKiddy Blog.

Codenamed as Huashan, the Sony Mobile C530X smartphone will be released for many countries but the release date has not been known as yet. 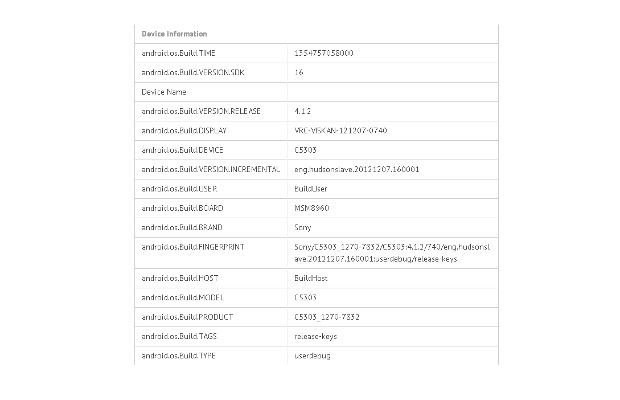 Sony Mobile is working on a C530X series smartphone with C5302, C5303, and C5306 models meant for different regions. This smartphone will feature 1280×720 pixel resolution for its display but its screen size is not known yet. The Sony C530X will feature on-screen virtual buttons so there will be no capacitive or physical keys.

Under the body, Sony C530X will house a dual-core Qualcomm Snapdragon S4 Plus MSM8960 mobile processor and Adreno 320 graphics chip. No details on the amount of memory packed but we believe it must be 1 GB at least. The Sony Mobile C530X will run Android 4.1.2 Jelly Bean update out of the box.

We anticipate Sony to showcase this smartphone at the Mobile World Congress 2013.