Both the SoC's are based on 8nm manufacturing process. Snapdragon 732G also supports the newer WiFi standard, WiFi-6.

Qualcomm recently announced the Snapdragon 732G, the successor to the Snapdragon 730G which is a very popular SoC in mid-range smartphones. Now, the difference between the two numbers does not seem to be huge so, will there be any difference in how they perform? Let’s find out. 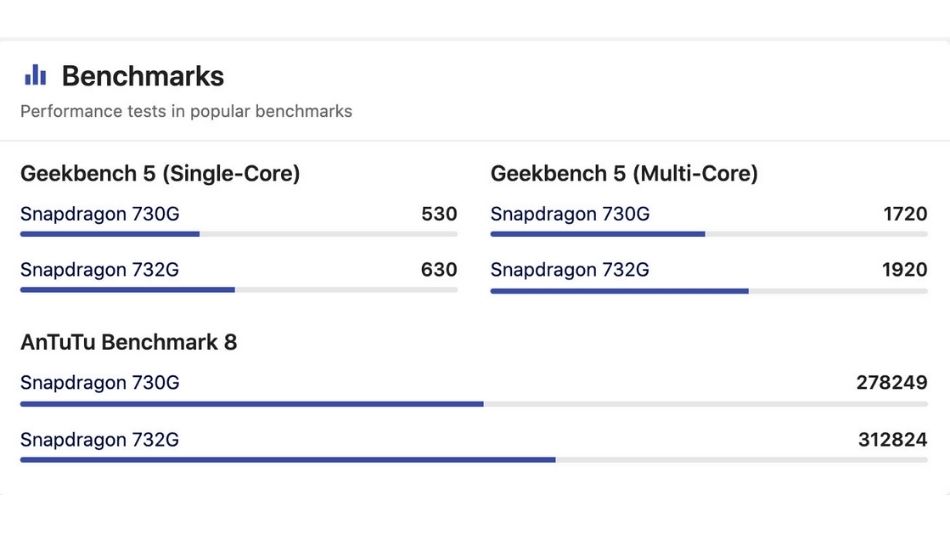 Both the SoC’s are based on 8nm manufacturing process. Snapdragon 732G also supports the newer WiFi standard, WiFi-6.

Will you notice any difference?

In real-world scenarios? No. You won’t notice a significant difference in app opening speeds or graphics performance until you look closely. We should see a lot of phones coming out with 732G in the next month or two.