The headset comes with omnidirectional microphones which allows it to capture 3D mobile sound. This means that it can capture sound the same way as human ears.

Sennheiser has launched AMBEO Smart Headset in India for Rs 19,990. The headset comes with omnidirectional microphones which allows it to capture 3D mobile sound. This means that it can capture sound the same way as human ears.

It is meant for vloggers and other content creators, who want to capture immersive audio, says the company. It has Smart Slider which lets the user adjust the mic sensitivity to normal or loud, i.e. concert, environments.Currently, it comes with Apple MFi-certified Lightning connector and obviously it is meant for Apple devices. A version for Android will also be available at a later date, says Sennheiser.

It comes with an additional built-in microphone lets you take calls and operate voice control on your iOS device. With a special dedicated app, you can program the Smart Slider of your Ambeo smart headset with various functions (default function is mic sensitivity control), adapting it to your individual requirements. 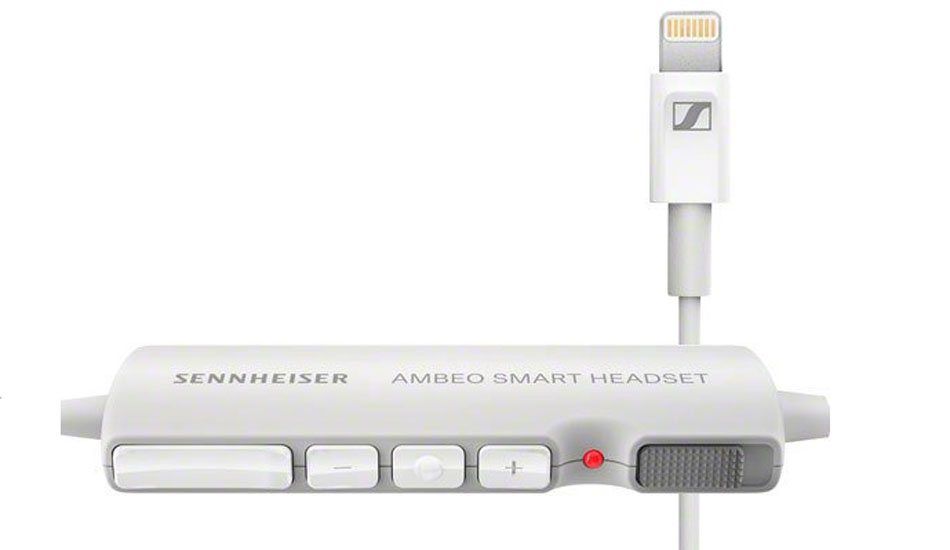 The headset is available in white and black colours. Commenting on the launch, Kapil Gulati- Director Consumer Segment, Sennheiser India said, “With Sennheiser focusing on providing the best and futuristic audio solutions to its consumer, Ambeo is Sennheiser’s program and trademark for 3D audio. For us, Ambeo is the umbrella for different types of immersive audio configurations. And that is from the recording to the processing side, to the playback side.