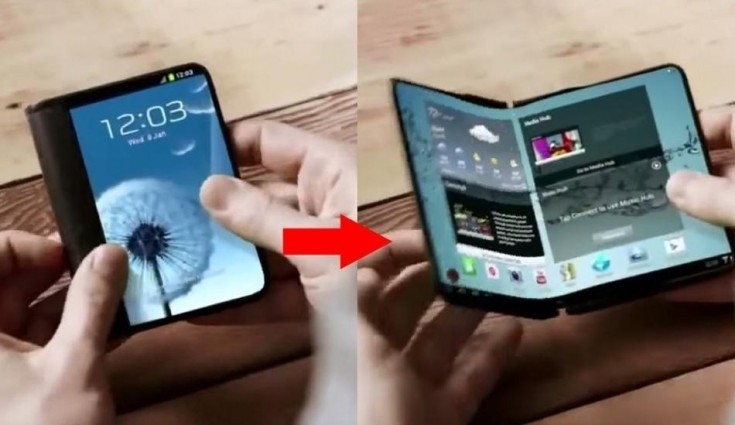 It seems that the company might finally release it at next year’s Mobile World Congress that takes place in February. Further, the company is reported to launch its latest flagship smartphone, the Galaxy S10, around Consumer Electronics Show (CES) 2019.

Samsung’s upcoming foldable smartphone has becomethe talk of the town for a while now and it seems that the company might finally release it at next year’s Mobile World Congress that takes place in February. Further, the company is reported to launch its latest flagship smartphone, the Galaxy S10, around Consumer Electronics Show (CES) 2019.

According to a report by Korean publication, The Bell, Samsung has changed its suppliers for the part of an upcoming foldable smartphone. The report further highlights that the Korean brand is now targeting a late February or early March release date, which hints that the smartphone could be launched during MWC 2019.

Further, the report highlights that the phone now comes with a codename ‘Winner’, which was previously rumoured to be ‘Valley’. The prototypes of the smartphone were reported showcased at this year’s CES, which was held in Las Vegas. The report highlights that the prototype consisted of three OLED panels, each of the size of 3.5-inches. The front panel is made of two 3.5-inch screen, which folded out, can create a 7-inch screen. Further, the third screen panel is placed at the back, so users could use the display when the screen is folded.

Coming to the Galaxy S10, the publication reveals that smartphone is internally codenamed as ‘Beyond’. The company is reported to announce the anniversary edition smartphone earlier than usual with the expected date of launch could be CES 2019. The report further mentions that the Galaxy S10 will feature Fingerprint on display (FOD) technology, which means that the upcoming phone could feature an embedded fingerprint sensor. Further, the device could also come with 3D face-sensing module to rival Apple’s FaceID on iPhone X.