Samsung's entire lineup of launches that is purportedly set for Galaxy Unpacked event on August 11 has been leaked on Twitter. 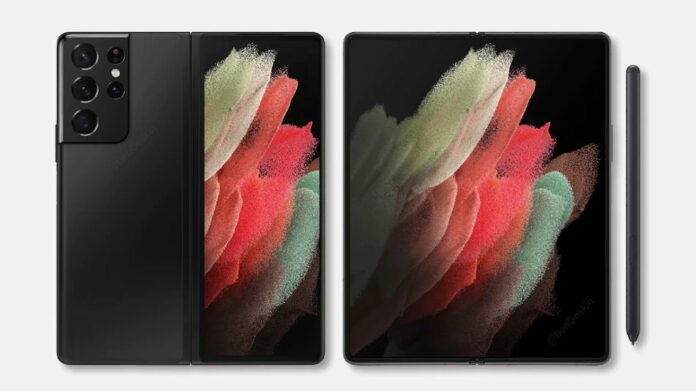 Samsung’s is being expected to host the next Galaxy Unpacked event for 2021 in August. To be specific, the event is due August 11, and the company is purportedly planning to launch a bunch of products. These products have now been leaked on Twitter.

These products have now leaked via GIFs posted by Blass on Twitter. The first product in the thread seems to be the Galaxy Z Fold 3, which is supposed to come in three colours: green, black, and white. The render matches the previously leaked renders.

The next product to leak is the Samsung Galaxy Z Flip 3, which will arrive in gold, green, black, and purple colours. The clamshell design phone will be coming with a bigger secondary display compared to its predecessor. In addition, the device will be coming with a dual-camera setup paired with a flash. The secondary display should be used to provide clock, date and notification info.

The next phone in the lineup seems to be the Samsung Galaxy S21 FE. The Fan Edition device would be arriving in White, Purple and grey colours. However, the device was recently leaked in four different colours. The leaks have suggested that Samsung might not be able to sell the smartphone in most countries. The reason behind this could be the shortage of processor chips in the market. Because of this, the phone might only be launched in European and US markets.

The next set of products likely to be unveiled at the Galaxy Unpacked event include smartwatches. The first one is seemingly the Galaxy Watch 4 Classic which is rumoured to arrive in black, white and grey options. In addition, the watch will have a rotating bezel as per the leak. It should run on the new Wear OS software born out of Samsung’s and Google’s partnership.