It comes with a 4.5-inch display and quad-core processor.

Samsung has quietly introduced a new smartphone in its mid-range dual-SIM line-up, which is named as Galaxy Win Pro. The new Galaxy Win Pro flaunts a 4.5-inch display and is powered by a quad-core mobile processor. The Galaxy Win Pro comes in dual-SIM configuration (WCDMA+GSM) and also offers dual Standby feature. As of now, the phone has been announced only for China and Russia region but we expect it to be released in India as well.

Samsung has taken the smart route of introducing iterative smartphone models that are ideally meant to deliver decent performance at affordable price. The dual-SIM shenanigans Galaxy Grand and Galaxy Quattro have managed to do that same for the company since last year. Now Samsung has introduced yet another mid-range model – Galaxy Win Pro G3812. Samsung had introduced the Galaxy Win as Galaxy Quattro in India. 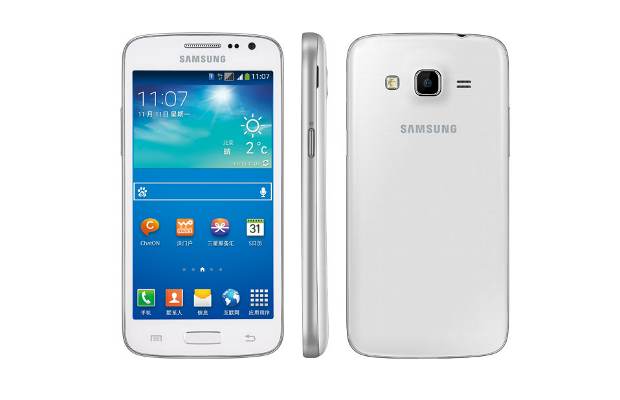 The new Galaxy Win Pro G3812 might be introduced with slightly different brand name for India. The phone comes with a 4.5-inch LCD display with 960×540 pixel resolution. The dual-SIM smartphone is powered by quad-core 1.2 GHz processor which is paired with 1.5 GB RAM and 8 GB on-board storage. Of course, there will be a memory card slot to accommodate upto 64 GB micro SD card.

At the rear, the Galaxy Win Pro has a 5 megapixel auto focus camera with LED flash and this camera is said to be able to capture full 1080p HD videos. The front facing camera is of VGA quality for video calls. The Galaxy Win Pro runs Android 4.2 Jelly Bean update with NatureUX version. Galaxy Win Pro supports two micro-SIM slots where in one supports WCDMA SIM and other supports GSM.

The Galaxy Win Pro will ideally compete with the other similar handsets such as Lenovo P780, Micromax Canvas 4, Intex Aqua i7, Karbonn Titanium S9, LAVA Xolo Q2000 and LG Optimus L7 II Dual handsets. However, the real question is whether Samsung will push the Android 4.4 KitKat update for the Galaxy Win Pro in future or not.