Samsung to launch a new smartphone in India this Thursday, likely to have Bike Mode feature

The new smartphone, as per Samsung, "will change the way you ride".

Samsung is all set to launch a new smartphone in India this Thursday (March 31). The company has created a microsite and is running a campaign with #TapKickVroom tag. 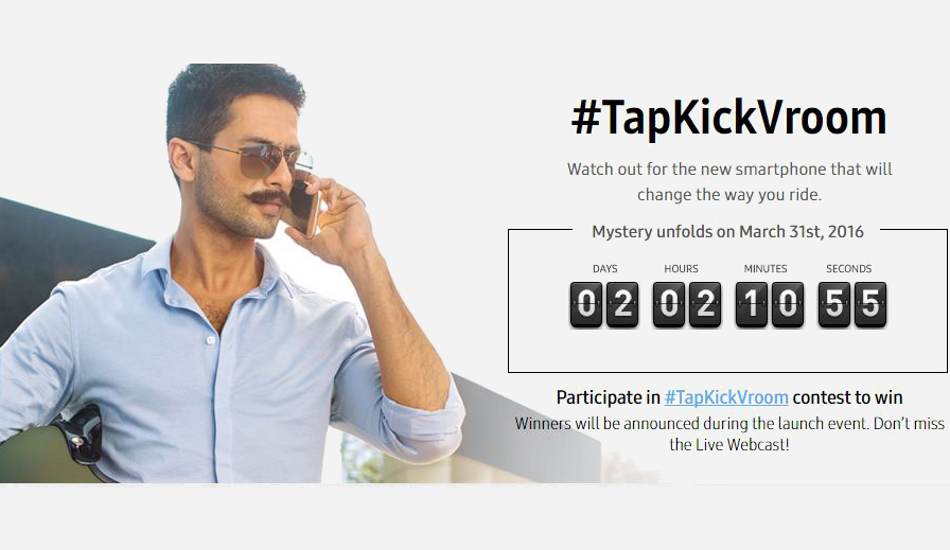 The new smartphone, as per Samsung, “will change the way you ride”. It is also running a contest on social networks websites and is promising “exciting gifts” for the winners.

Considering the tagline, many are now expecting the upcoming phone to come with some sort of ‘bike mode’.

Some websites the upcoming phone could be the Galaxy J3 (2016) model which is available in the USA for about Rs 11,900. Note that the J3 (2016) doesn’t have any Bike Mode features as such. So you should take this just as a rumour.