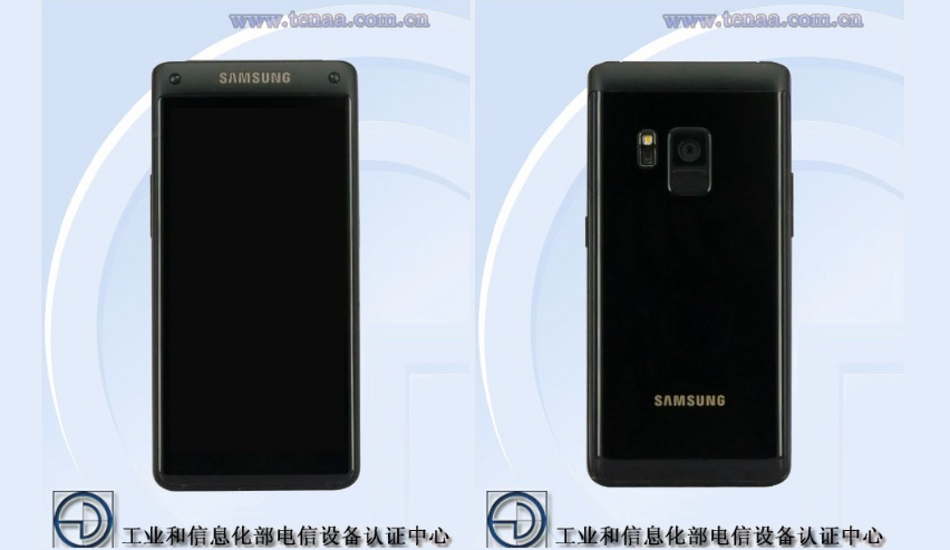 As per reports, the new clamshell phone might be dubbed as Samsung W2018.

Samsung had launched Samsung W2017 flip phone last year in November in China. Now seems like, Samsung is working on its next flip phone as an unannounced flip phone has been spotted on TENAA, a benchmarking website. The phone is carrying the model number SM-G9298 on the website. As per reports, the new clamshell phone might be dubbed as Samsung W2018.

The specs revealed in the TENAA listing are almost similar to the specs of already launched Samsung W2017. So maybe the new phone is the global variant of the SM-W2017as the phone was exclusive to the China.

The SM-G9298 comes with 64GB of internal storage, which can be further expandable by up to a 256GB. Moreover, this Samsung flip phone has a 12-megapixel auto-focus rear camera, a LED rear flash light and a 5-megapixel fixed focus front camera. Besides, it offers dual sim, 4G LTE with VoLTE, Bluetooth, GPS, micro USB port, and WiFi (802.11 b/g/n). As per the TENAA listing, the handset will come in Black colour and it measures 122 × 60.2 × 15.5 mm and weighs around 155 grams. The phone will have Gravity sensor, distance sensor, light sensor.