The flip phone is made of Aviation-Grade Aluminum and comes with two 4.2-inch 1920x1080 Super AMOLED displays on the outside as well as on the inside

Samsung Android flip phone – Samsung SM-G9298 has finally been announced in China and will be offered in the country on China Mobile. The flip phone is dubbed as Leader 8 and is currently listed on the Samsung’s official Chinese website. The phone has been announced in China and it is unlikely that the company will be launching the phone in other global markets. Samsung has not revealed the pricing and release date of the phone yet. The phone will only come in one colour, Black, and is likely to go on sale in the near future. 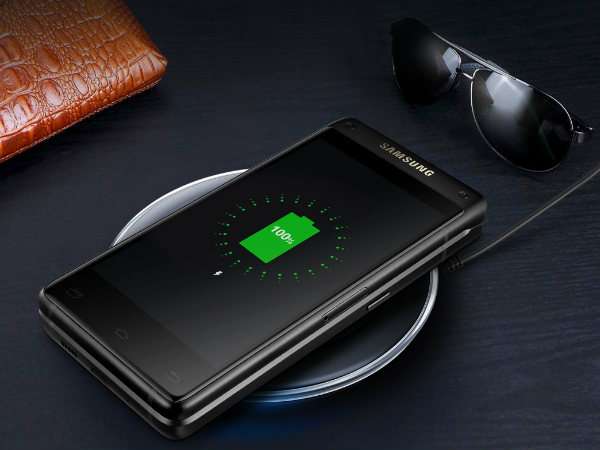 This high-end Android flip phone is made of Aviation-Grade Aluminum and comes with two 4.2-inch 1920×1080 Super AMOLED displays on the outside as well as on the inside. It is powered by Qualcomm Snapdragon 821 quad core processor which is coupled with 4GB of RAM and 64GB internal storage which can be further expanded up to 256GB via microSD card.

For the optics, the device has a 12-megapixel rear camera with f/1.7 aperture, LED flash and auto focus, and a 5-megapixel front-facing camera with f/1.9 aperture and a flash. Also included is a 2300mAh battery which claims to offer 238 hours of standby time and wireless charging support. It also comes with additional features like — Samsung Pay app, Secure Folder, a multi-function configurable hotkey and S Voice. There’s also a fingerprint scanner which is located at the back of the device below the camera.