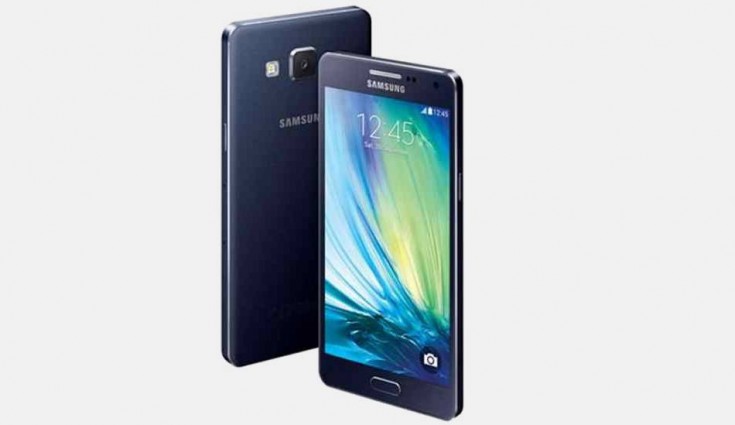 Seems like Samsung is working on a new smartphone under its Galaxy series as an unannounced Samsung smartphone with model number SM-A450F has now received WiFi certification from the WiFi Alliance (WFA). As per a report, the leaked device might be Samsung Galaxy A4 2017. 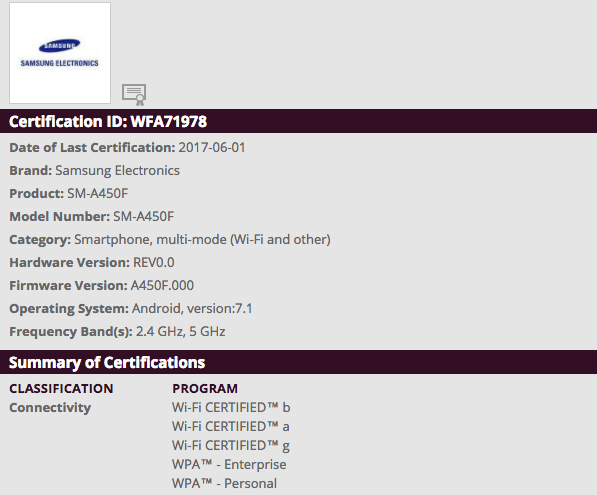 As per the Wi-Fi certification, the Samsung SM-A450F will support dual-band Wi-Fi a/b/g/n (2.4GHz,5GHz) and Wi-Fi Direct connectivity features. Sadly, the listing does not show any specifications except that the device will be powered by Android 7.1 Nougat operating system. The listing carries the certification ID WFA71978 and the date of certification being 1st June 2017.

As per the report, the Samsung Galaxy A4 2017 is expected to feature 5 inches Super AMOLED full HD display. It will reportedly come with 3GB RAM, 32GB internal storage and an expandable memory of 256GB via micro sd card slot. It will run on Android Nougat 7.1 which will be backed up by 3000 mAh battery with fast charging. The device will come with 13-megapixel rear camera with F/1.9 aperture.