After creating a lot of buzz on the rumor mill the Samsung galaxy S4 Active has finally made its appearance. Even though still the product has not yet been officially announced or even talked about by the company, GSM Arena has managed to get their hands on some pictures of the new Samsung Galaxy S4 Active. 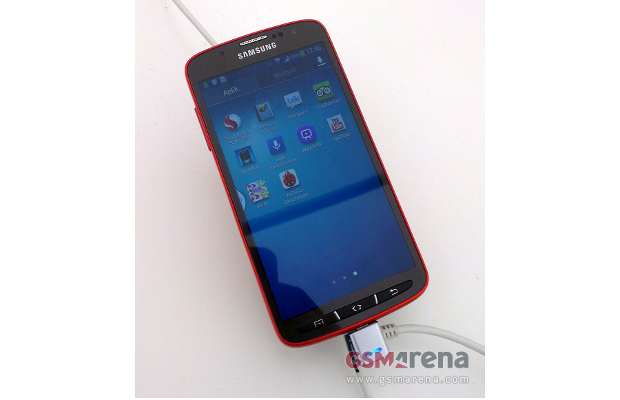 The S4 Active is said to be a water and dust resistant version of the flagship Samsung Galaxy S4 smartphone that comes with a tougher body but similar sleek styling. 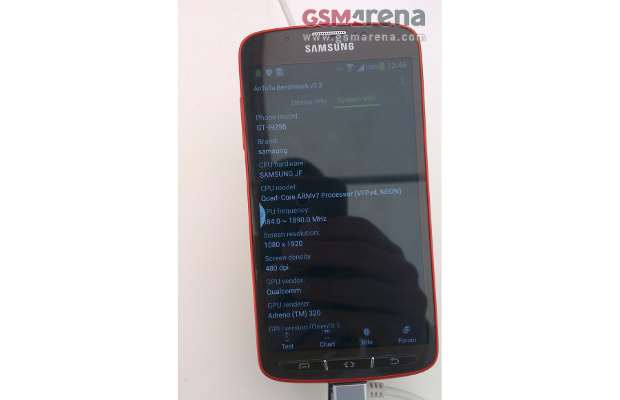 The Galaxy S4 Active is likely to feature a similar 5 inch display with full HD resolution along with a quad core Qualcomm Snapdragon processor running at 1.9 GHz. Also included is the Adreno 320 graphic processor for superior graphics. The Samsung Galaxy S4 Active is speculated to have an 8 megapixel camera instead of the 13 megapixel camera of the Galaxy S4,as it has a tougher casing. 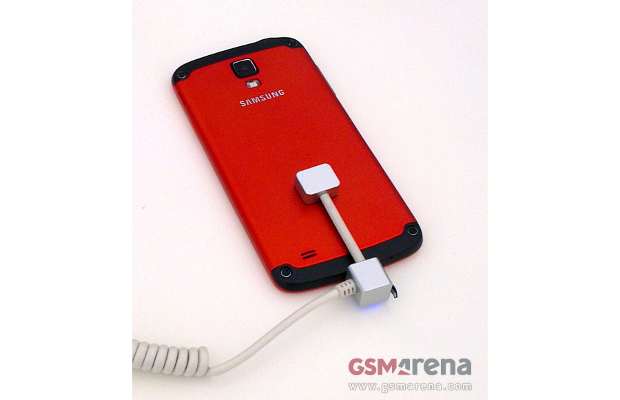 The Samsung Galaxy S4 Active in place of the polycarbonate casing adopts a tougher metallic casing to protect internals and make the device ready for a more active lifestyle. Also in place of the capacitive touch keys that might not work in all conditions the Samsung Galaxy S4 Active has a set of hardware keys that have been dust and water guarded as well.

Samsung is also rumoured to be working on another handset called Galaxy S4 Mega.