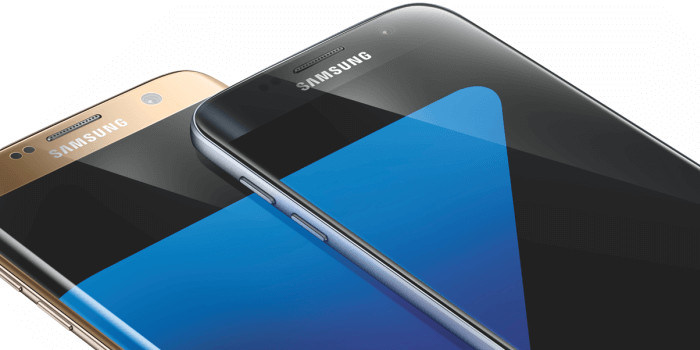 The latest update brings a host of new features including some bug fixes, always-on display, multi-window support and more.

Samsung has finally started rolling out the much-awaited Android Nougat update for its flagship devices, the Galaxy S7 and Galaxy S7 Edge, in India. The South Korean giant recently halted the Nougat update due to some last minute bugs discoveries. Nevertheless, the latest update brings a host of new features including some bug fixes, always-on display, multi-window support and more.

As reported by Sammobile, the Nougat update for Galaxy S7, with build number G930FXXU1DQAZ, comes with a file size of 1285.64MB, while the Galaxy S7 edge carries a build number G935FXXU1DQAZ and has an update size of 1290.74MB. In order to check for update, one can go to Settings, scroll down and tap About Device section. Tap Check for updates to check for the latest update. The new update brings new UX and various performance modes, improved usability of Notification feature and Quick settings button, efficient space for installation of download apps, improved speed of system upgrade and app installation. Other features include split-screen multitasking, better battery life, enhanced notifications and recent applications window. Further, the latest Android OS version also brings in ‘Double Tap’ on the Recent button to switch between the two most recent apps which come in very handy at times. For extended battery life, Android Nougat comes with ‘Doze on the go’ which will get activated even if your Nougat running device is in your pocket.

With the Nougat update, Samsung has also pushed for its long-awaited payment system known as Samsung Pay, in India. The company is reported to be teasing the launch of its payment app in the country. As per a Sammobile report, after upgrading to Nougat, users are getting a message that says “The future of payments is coming soon”.

The report further highlights that they have found the Samsung Pay app installed on the phone, which hints that the company might bring this feature soon in India. For the unintended, Samsung Pay is basically a payment platform that allows users to pay for goods and services through a high-end Samsung device instead of swiping a debit or credit card. The payment uses biometric authentication and NFC in order to make a payment.