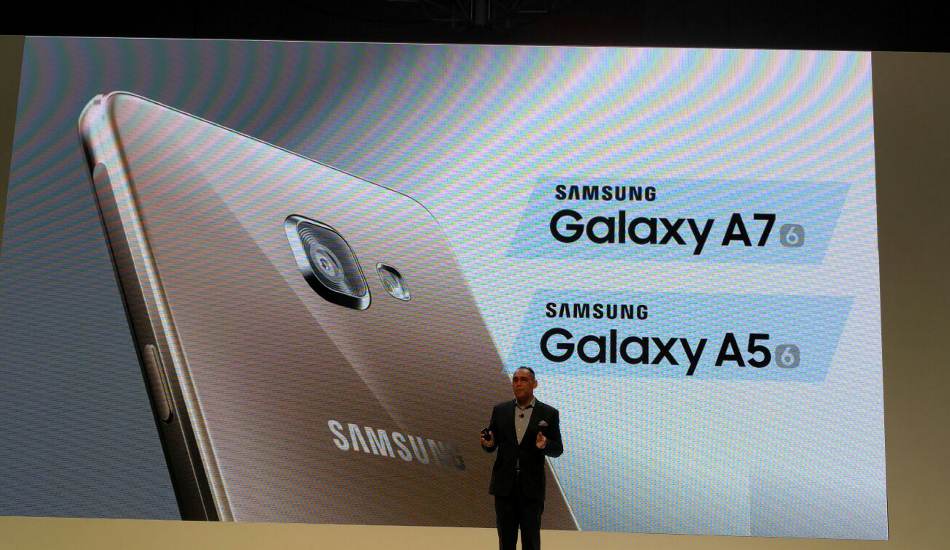 As per a post on Chinese social networking site Weibo post the device will come with model number SM-A9200. However, the post said nothing much about the device’s features.

The Samsung Galaxy A3 (2017) was found listed on GFXBench bench-marking website with 4.7-inch HD (1280x720p) IPS display, 1.5 GHz octa-core processor, ARM Mali-T830 GPU, 2GB of RAM and 8GB of internal storage. The Galaxy A3 (2017) runs on Android 6.0.1 Marshmallow operating system has a 13-megapixel auto-focus rear camera that comes with face-detection, and LED flash light. On its front it has an 8-megapixel for selfies and video calling.

The Samsung Galaxy A5 (2017) was found listed on GeekBench benchmark website. As per the Geekbench listing, the alleged Samsung Galaxy A5 2017 has a 1.87 GHz octa core Samsung Exynos 7880 processor, which is paired with 3GB of RAM. The smartphone runs on Android 6.0.1 Marshmallow operating system. On Geekbench, the phone got 817 in single-core test and 4692 in multi-core test.

The Galaxy A7 (2017) with model no SM-A720F was also spotted on GFXBench bench-marking website. As per GFXBench listing, the Samsung Galaxy A7 2017 features a 5.5-inch display with resolution of 1920 x 1080 pixel. It is armed with 1.8GHz octa core (Cortex A53 – ARMv8) processor, which is clubbed with ARM Mali-T830. The smartphone runs on Android 6.0.1 Marshmallow operating system.

The Galaxy A7 2017 comes with 3GB of RAM and 32GB of internal storage. On the camera front, it has 16-megapixel camera setup on both back as well on the front panel. The rear camera comes with auto-focus, face detection, and LED flash light. Besides, the smartphone offers Bluetooth, NFC, GPS, WiFi, Accelerometer, Barometer, Digital compass, Gyroscope, Light sensor, Pedometer, and Proximity sensor.

Recently, Samsung has launched Samsung Galaxy A9 Pro in India for Rs 32,490. Samsung Galaxy A9 Pro has a Glass and Metal design. It features a 6-inch full HD (1920 x 1080 pixels) Super Amoled display with Gorilla Glass 4 protection. The smartphone is equipped with a 1.8 GHz octa-core Snapdragon 652 processor and 4 GB RAM. The Galaxy A9 Pro offers 32GB of internal storage and an expandable memory up-to 256GB via micro SD card. The phone runs on Android 6.0 Marshmallow operating system backed by a 5,000 mAh battery.