Samsung launches three phones under Rs 10,000 but who will buy these?

All these three Samsung smartphones have the latest Android KitKat operating system but none of them have any better hardware than their existing competitors.

In a bid to bolster its presence in the budget category, Samsung has launched three smartphones all priced less than Rs 10,000, namely Galaxy Star 2, Galaxy Star Advance, and Galaxy Ace NXT. The Star 2 is priced at Rs 5,100 while the other two are priced at Rs 7,400. All the versions come with the latest Android KitKat operating system.

The cheapest among the three, the Samsung Galaxy Star 2 has a 3.5 inch display with 320×480 pixels resolution. It has a 1 GHz single core processor, 512 MB RAM, 4 GB ROM, and a 32 GB micro SD card slot. There is a 2 megapixel camera in its back but there is none in its front. This dual SIM smartphone has WiFi, Bluetooth 4.0, and a micro USB port for connectivity. The Star 2 has a 1300 mAh battery but Samsung has not revealed its output yet. 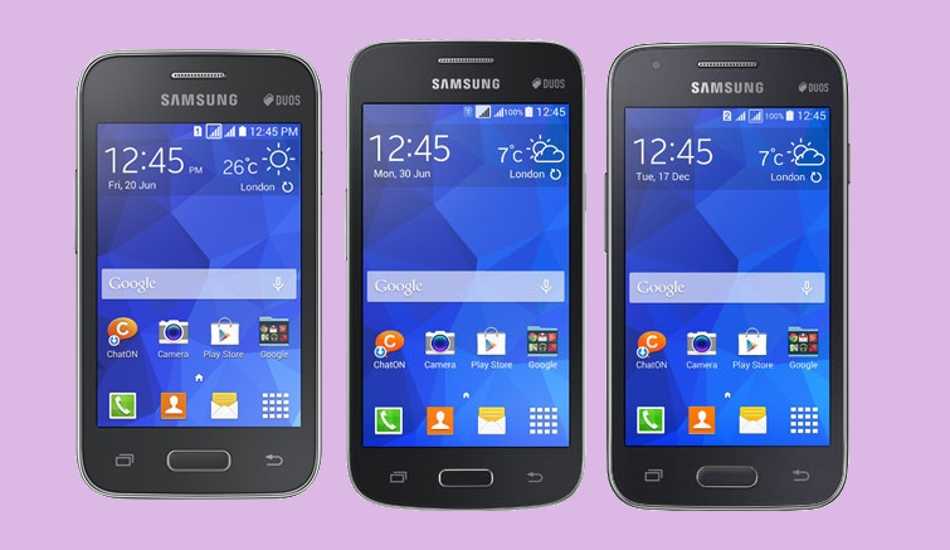 The Samsung Galaxy Star Advance has a 4.3 inch LCD display with 800×480 pixels resolution. It has a slightly better 1.2 GHz dual core processor but has the same 512 MB RAM, 4 GB inbuilt storage and 32 GB micro SD card slot. It does not have a front camera either but in its rear there is slightly better 3 megapixel camera unit. Also, it has a bigger 1800 mAh battery. It too has dual SIM, WiFi, and Bluetooth for connectivity. 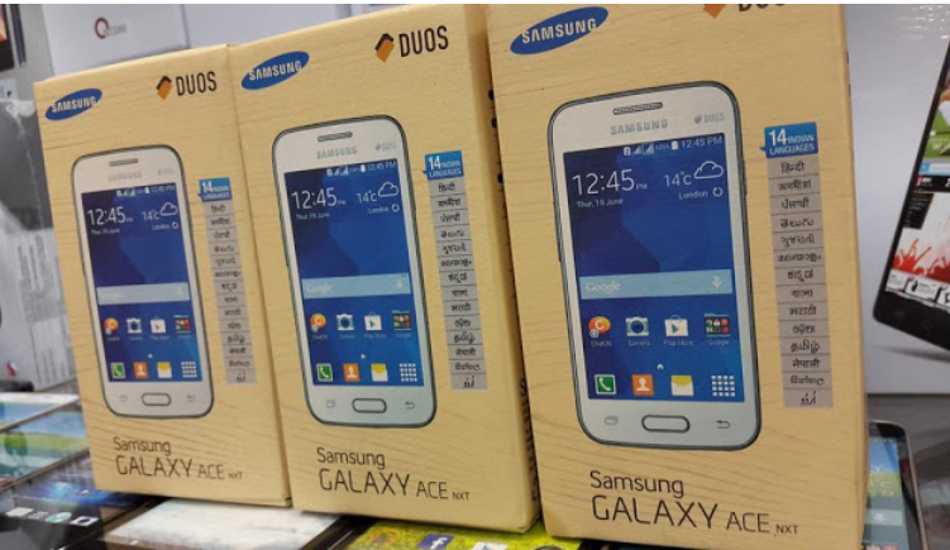 The Samsung Galaxy Ace NXT has a 4 inch capacitive touchscreen. It runs on a 1.2 Ghz processor with the help of 512 MB RAM and Android KitKat operating system. It too has 4 GB internal storage but a listing on eBay India says that its micro SD card can handle a card of up to 64 GB while media reports claimed that it can only accommodate a micro SD card of up to 32 GB.

Besides, the Samsung Galaxy Ace NXT has a 3 megapixel rear camera with a flash, and a 1500 mAh battery. This dual SIM smartphone offers 3G connectivity apart from WiFi, Bluetooth, and a micro USB port.

Had these been launched last year, these could have been an instant hit but post Motorola Moto E, all these three phones look a bit outdated. Today, Android KitKat based handsets are available for even less than Rs 4,000.