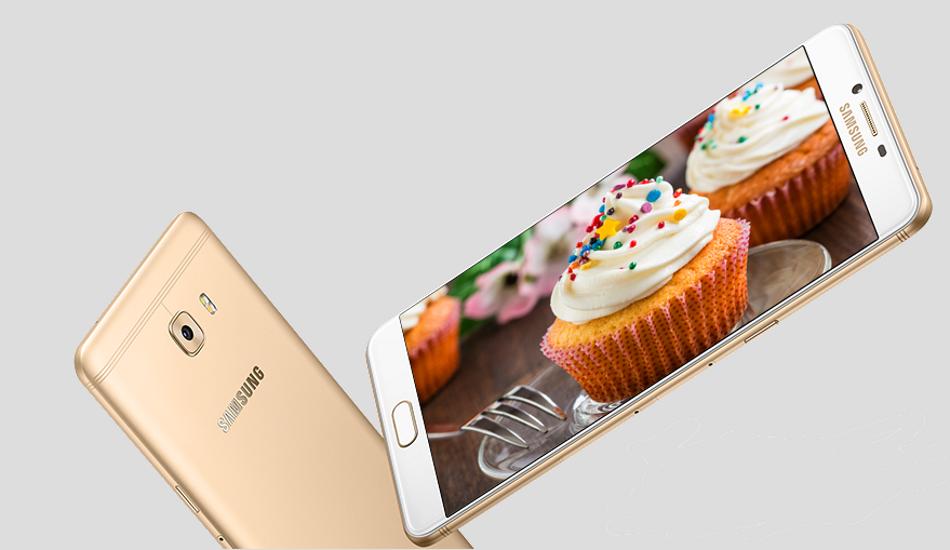 Samsung today announced the launch of its C series smartphone – Galaxy C9 Pro in India . The smartphone is priced at Rs 36,900 and will be available across all retail channels in the latter half of February 2017. Customers can pre-book the smartphone through select online platforms and stores from January 27. The company is offering one-time screen replacement for a period of 12 months on pre-booking. The smartphone will come in two colour variants – Black and Gold.

The Samsung Galaxy C9 Pro was first launched in China back in October 2016 at 3199 Yuan (approx. Rs 31,670) in Gold and Rose Gold colour variants. For Samsung, the phone is an important addition to its portfolio at a price point it had usually dominated.

The smartphone features a metal unibody and a 6-inch display with full HD (1920 x 1080 pixels) AMOLED display. It is powered by an octa-core Snapdragon 653 (4 x 1.95GHz + 4 x 1.44GHz) processor and Adreno 510 GPU. The phone has a 6GB RAM, 64GB internal memory which is further expandable up to 256GB via microSD card. The smartphone runs on Android 6.0.1 Marshmallow operating system and is backed by a 4,000 mAh battery with fast charging technology. The device also features a fingerprint sensor in the home button.