Samsung had announced the Galaxy W GT-I8250 handset in August and promised its arrival later.

So despite being an under 4 inch screen, it will still show you crisp images and text.

Samsung Galaxy W is powered with a single core 1.4 GHz Qualcomm processor and comes with only 4 GB on-board storage. Of course one can add up to 32 GB memory card to beef up the storage. 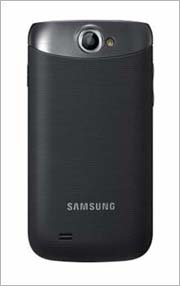 Running Android OS, this handset is meant for the consumers seeking high quality strategic models that appear bit stylish and also can perform well. However, we believe that the 1500 mAh battery might not be just enough for it.

Russian online retailer has listed the Galaxy W for 14,990 Roubles which comes to Rs 24, 657 approximately.

That would really be a steep price for the Galaxy W handset since several high end smartphones with dual-core processors and 4 inch touchscreen displays are available for that price.