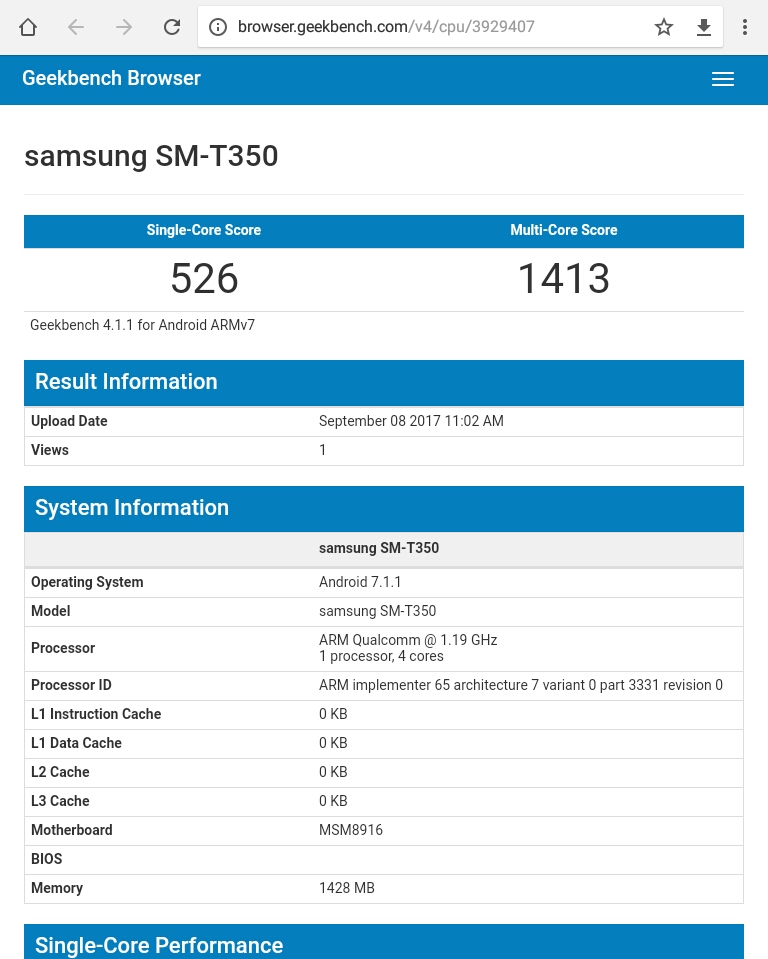 The tablet was launched with Android Lollipop but was later upgraded to Android Marshmallow operating system. Samsung Galaxy Tab A 9.7 has a 9.7-inch TFT display with a resolution of 1024×768 pixels. It comes with Android Marshmallow operating system and is powered by a 1.2 GHz quad-core processor. There is 2 GB of RAM in the tablet with 16 GB of internal storage. The tablet also has an expandable storage slot that can carry a micro SD card of up to 128 GB. The Samsung Galaxy Tab A 9.7 has a 5-megapixel rear camera and a 2-megapixel front camera. For connectivity, it offers WiFi, GPS, micro USB and Bluetooth. The tablet, which measures 242.5 x 166.8 x 7.5mm and weighs 487 grams, has a 6000 mAh battery.